In October last year, PewDiePie raised the temperature of their YouTube subscriber war against T-Series by coming up with a diss track dubbed Bitch Lasagna. The video has proved to be nothing less than a superhit as it has received nearly 5 million likes until now.

But now, one of India’s most popular YouTubers, CarryMinati – who (somewhat like PewDiePie) is also popular for his funny takes on stuff like videos – has come up with a diss track, which is being seen a biggest response from Indian YouTubers until now.

The video was released on 1st January, and it garnered close to 5 million views in just one day. At present, it has over 8 million views.

Sadly, the video doesn’t have English subtitles. Just in case you are curious about what he is singing, here are the lyrics that you can translate in English or a language of your choice.

It’s worth mentioning that while PewDiePie has been personally involved in this subscriber war sometimes, T-Series made it clear they are not competing.

In a recent interview with BBC, T-Series MD Bhushan Kumar said they’re not competing with the Swedish YouTuber. Here’s what exactly he said:

In a major development, PewDiePie has now crossed the 80 million subscriber milestone. But T-Series isn’t far behind as well. More info on this here. 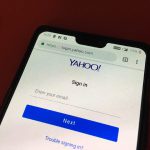