There are new updates to this story that have been added at the bottom…..

Short video social media apps are all the rage these days. While adults are slowly catching up with this new phenomenon, teens and preteens in countries like China and India are already hooked on to apps like Tik Tok. The Tik Tok craze is in fact steadily building up in the US as well.

Here are some Tik Tok statistics from a recent Business Standard report:

You may not have heard of it, but TikTok became one of 2018’s most downloaded mobile apps for Apple and Android devices in the US and Europe, unseating the likes of YouTube, Instagram, and Snapchat. TikTok has already been downloaded more than 80m times in the US, logging 4m downloads from the App Store in October alone. It is also one of the most popular apps on Google Play

Then there is Kwai, another app from China, which is broadly similar to Tik Tok – short videos of few seconds where people mostly enact someone or lip sync and dance. India-based Clip also falls in the same category, although it’s less popular compared to the other two.

According to a recent FactorDaily report:

Kwai that counts India as its second priority market after China claims to have 10 million to 15 million users here. India-based Clip that counts Shunwei Capital as its investor had three million downloads as of December 2017

While you may hear a lot about how teens and preteens are having crazy fun on these apps, there’s a dark underbelly that very few reports have highlighted so far.

Credits to FactorDaily for their hard-hitting report that shows – with proofs – videos on Kwai app featuring underage kids (especially girls) mouthing raunchy lyrics and dancing in an age-inappropriate manner. The report also throws spotlight on comments on these videos, saying they have “men complimenting girls on their body or asking for more flesh to be shown.”

While many of you may not be able to understand the language, the following screenshots (via FactorDaily) from some these videos should give you an idea on the gravity of the problem. While Kwai says they continuously moderate content on their platform, making sure anything inappropriate is taken down, they are evidently falling short of that. As the report notes, their content moderation team is based in Beijing, China, so it’s highly unlikely they will be able to, say, make out what a girl in a local north Indian language is saying in a video.

Given these proofs, it’s easy agree with the report which says children exposing themselves in such a way opens up doors to exploitation. Here’s what Nitish Chandan, project manager at Cyber Peace Foundation (New Delhi, India), said on the matter:

Short video apps are the new breeding ground for grooming underage girls for child pornography. In the last one year, the organisation has found an uptick in cases of child sexual abuse, harassment, bullying and blackmail where the perpetrator found the victims of one of the social video apps

And Kwai is not the only app, the FactorDaily report cites similar videos on Clip as well. As for Tik Tok (which is known as Douyin in China), we have already highlighted recent investigations that have revealed the app is plagued with serious problems like white supremacy, Nazism, and hate speech in general. 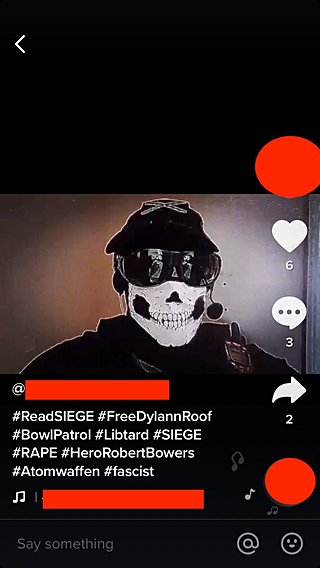 Even CNBC came up with a hard-hitting investigative video revealing the ‘underage users problem’ plaguing Tik Tok and other popular social media platforms, as well as the disastrous affects it’s having.

The scary truth about underage users on Facebook, Snapchat and TikTok from CNBC.

Moving on, a recent story from the Hong Kong Free Press says Tik Tok is getting popular especially among young girls, many of whom come up with videos showing them “suggestively singing along to sexually explicit lyrics which are often degrading to women.”

As I said earlier, this often opens up doors to nasty/disturbing comments and attracts sexual predators. For example, there have already been a lot of rumors about a person who goes by @thebudday on Tik Tok. If you take a look at some of his Duets (a video where two users can combine their videos), you’ll agree there’s some basis to these rumors.

Tik Tok was banned in Indonesia after authorities there found inappropriate content on the platform. The ban, however, was lifted after ByteDance, the company behind the app, promised to put in more resources to moderate content.

In France, publications have been writing stories about how teens and preteens are vulnerable on these kind of apps.

And if that wasn’t enough, even the French police recently warned parents about sexual predators on Tik Tok.

Does your teen use #TikTok? Attention, he may be the target of ill-intentioned sexual propositions. If he is the victim, go to the police station to complain. The author runs 2 years in prison and 30 000 € fine

Over in the US as well, publications have slowly started highlighting these issues.

Even in India, there have been calls for banning these apps. A Member of Parliament from the ruling party raised concerns over apps like Tik Tok.

Here’s what he had said:

There is an exponential growth in a few short video mobile apps due to their simple-to-navigate interface, and free availability on Google Play or App Store. Apps such as Kwai, Clip, TikTok, NewsDog, LiveMe and Helo, which threatens the safety of children are easily accessible and are becoming a new breeding ground for ‘grooming’ underage children for child pornography

Another political leader Dr S Ramadoss also urged the app should be banned. Here’s what he said:

The app was introduced under the pretext of being useful for the development of youth. But, now it has become a force as a social disaster

Over in Pakistan, a complaint has been filed against the app, terming it to be a “social ill” and demanding a ban on it.

For its part, ByteDance, the company behind the app, had earlier said they work extensively to keep Tik Tok users safe by using both software and a continuously growing team of moderators. Good news! Tumblr users can now see a list of all their flagged posts