After journalists from The Verge and Vox media, now the Seattle Times reporter who recently covered a story about the teacher video has come out and shared the backlash they’ve received from PewDiePie fans. Reporter Asia Fields took to Twitter to reveal their newsroom got threat messages from some followers of the Swedish YouTuber.

Fields added that said some of the PewDiePie fans also sent her vile and offensive messages.

Also, it doesn’t help your argument that it was wrong to say this when some Pewdiepie fans sent threatening messages to my newsroom in response to the article. Some also sent me vile, offensive messages. Thank you to those of you who were respectful in your messages

This revelation was part of several tweets she sent out in an effort to publicly respond to “a flood of messages” she received from PewDiePie fans following her news story about a video where-in a teacher can be heard saying distasteful stuff about PewDiePie, YouTube’s most subscribed channel.

Specifically, the teacher was recorded telling students that promoting PewDiePie is like promoting antisemitism and genocide, and retweeting their tweets can potentially land people in legal trouble. Take a look:

Our history teacher told us that by supporting @pewdiepie, we are supporting anti-Semitism, racism, ignorance, etc. He also said that @WSJ is a very reputable news source. How ignorant can you get? The political arguments are more and more ironic daily. @ChrisRayGun @benshapiro pic.twitter.com/qg6BtrOhek

Here’s the transcript of what the teacher had said:

And by every time you retweet one of these things, or every time you promote this idea, you are promoting ignorance, racism, genocide, antisemitism…..these are all things that you are putting forward when you are doing anything that promotes PewDiePie. So be careful about this. If someone decided to, if something would happen and PewDiePie were to be sued for this, you could be complicit if you retweet it, they can make you pay a fine as well, because you have officially published anti-Semitic things, so if you are republishing this stuff, you could get in trouble for it, be very aware that that is a real thing

The Seattle Times’ Asia Fields covered this story over a week ago. Their report revealed the teacher is from Hamilton International Middle School in Seattle, and he teaches social-studies there. It further revealed that after some students put up pro-PewDiePie posters around the school (as part of the ongoing #subscribetopewdiepie campaign), the teacher tried to throw some light on PewDiePie (real name Felix Kjellberg) during a lesson on real and fake news.

While the teacher declined to talk to press as well as asked not to be identified, the Hamilton school authorities reached out to the Seattle Police Department over persistent reports of threats. The police, however, did not find any “substantive” threats, but the school will still go for extra security, the report said.

In her report, Asia Fields said PewDiePie “is known for posting outrageous and sometimes bigoted commentary and videos.” The report also touches on WSJ’s past investigation again PewDiePie and the recent WSJ website hack which is being seen a response by Pewds fans. In addition, it also says how school teachers and professors have been targeted in the past for their views on white supremacy and diversity.

Asia Fields also claimed in her report that some users of 4chan, an anonymous message-board website, are of the view that all personal information related to the teacher should be posted online, something which is known as ‘doxing’ in internet terminology.

PewDiePie fans, it appears, felt the news story was biased against the Swedish YouTuber, and presumably that’s the reason they have been sending threatening and distasteful messages to the reporter ever since the story came out.

And as we already told you in the beginning of this story, this is not the first time something like has happened – reporters from other publications like Julia Alexander of The Verge and Aja Romano of Vox have also revealed similar experiences after publishing pieces that criticized PewDiePie.

Here are some of the other tweets Asia Fields sent out: 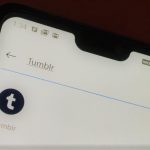