Good news, Tumblr fans. The app’s iOS client is back on the Apple App Store. This comes nearly a month after the app got booted from there due to the discovery of child pornography content. You can now head to the app store and download the app like you normally would. Here’s what the new change log for the app says:

Out with the old and in with the new update! From here on out, you can expect a smoother experience and the latest and most up-to-date features.

This particular update also includes changes to Tumblr’s Community Guidelines, which prohibit certain kinds of content from being shown on Tumblr.

Want to see more feature announcements, updates, and highlights from the community? Just follow us at @staff Another thing worth mentioning here is that the app has an App Store rating of 17+, which according to information on Wikipedia is described as following:

May contain frequent and intense offensive language, excessive cartoon, fantasy, or realistic violence, frequent and intense mature, horror, suggestive themes, sexual content, nudity, alcohol, and drugs, or a combination of any of these factors which are unsuitable for persons under 17 years of age

It has been a tough little phase for Tumblr, which started last month with the app being pulled from the App Store and then Tumblr enabling the Safe Mode search permanently for all. A lot happened after that, with complaints that Tumblr is purging NSFW blogs (even SFW in some cases) and users beginning to migrate to alternative platforms.

Then in the first week of this month, Tumblr announced a blanket ban on all adult and explicit content (save for some exceptions), following which it started flagging posts and blogs that its censoring bots found not in compliance with the company’s new policy. Of course, the work these bots have been doing is far from accurate, and there has been a huge outcry over this. 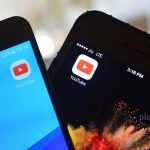