PewDiePie recently kicked up a storm after media outlets highlighted the Swedish YouTuber endorsed a YouTube channel that features hateful, anti-Semitic videos. In fact, according to Huffington Post senior reporter Andy Campbell, every video on that channel features such kind of stuff.

Given this new controversy and PewDiePie’s history with Nazi-related comments (which apparently costed the YouTuber two successive YouTube Rewind videos), it’s natural that reporters are now trying to dig out other, related controversial stuff by the Swedish YouTuber.

While the allegation looked serious, the reporter sadly got trolled after the first comment on the tweet tried to clarify the context.

Joe is being deceptive. Here’s the actual context. Pewdiepie laughs because the guy runs up and shoots a player that’s in the middle of telling Pewdiepie how much he means to him, cutting off the nice speech

Following this clarification, which seems correct, trollers had a field day. Take a look:

Really?
He laughed because that guy killed 257
JoUrNaLismMMmmMm

We respect what BuzzFeed does, but sometimes you just have a bad day.

Tumblralt is a Tumblr alternative from engineers within Tumblr community 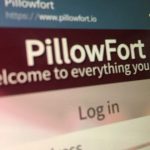