We dug up Zepeto’s official terms and conditions to highlight stuff that you should know about the app. Interested? Head here.

Zepeto developer Snow Corporation has categorically refuted tracking/recording rumors. In a statement given to us, they even explained how the app uses device’s microphone. Details here.

Zepeto, an app that lets you create a 3D avatar of your own (which can then be used in chat rooms) is currently in news, and sadly, not for any good reason. We are seeing a large number of users saying the app tracks or records its users.

Theory floating around in support of this rumor is that you can hear a static from your phone’s microphone when the app is being used.

However, many users say this is not true, as such static noises are produced in case of many other apps as well. As for location tracking, several users have confirmed the app doesn’t even ask for location access.

So there you go. A lot of confusion, and as it stands, the rumor is spreading like a wildfire.

We couldn’t find any official word on the matter from the company behind the app. Rest assured, we’re actively tracking the situation, and will let you know as and when any newsworthy development takes place. 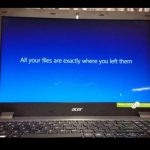