Discord is a well-known name in the messaging services segment. The platform is widely used in the world by millions of people on a daily basis.

But Discord goes beyond a ‘simple’ normal messaging app. The service allows even you to create complete channels (text and voice) with multiple sections, which can even integrate bots of all kinds with multiple functions.

However, it seems that many Discord users are experiencing an issue where the Windows app has been crashing for several hours now, just as it has already happened on both Android and iOS.

According to multiple reports, the Discord app is currently crashing for many users on Windows computers. Apparently, the problem can appear in multiple use cases.

There are reports of the app crashing while trying to stream, when trying to pay for ‘Nitro’ subscription or even during startup.

Pretty much what the title says, every time i try to share my screen, the moment I click the button to open the menu for screensharing or for streaming a game, discord crashes and restarts itself.
Source

Discord Crashes every time I try to purchase nitro

Hello, just today I decided to purchase discord nitro however every time I fill in all the info my discord crashes (even if I try via a browser). I attempted to purchase again ye it says I have attempted to many purchases recently. I am on windows 10.
Source

Some reports agree that the issue started after the OS update. Also, the timing of reports about the Discord crashing issue coincides with the rollout of those Windows updates.

If you are facing the problem, there is a potential workaround that has helped some users. It seems that reinstalling the Discord app could fix it.

I reinstall it now works
Source

There is still no official acknowledgment of the issue from the Discord team. We will update this story as events unfold.

11:20 am (IST): It seems that many users (1,2,3) are now reporting a somewhat similar crashing issue with BetterDiscord after the recent update.

Fortunately, we have come across workarounds that can help fix the issue temporarily. You can check them out below:

Repairing BD via the installer seems to have fixed the crashing for me. I didn’t need to get rid of any plugins or anything…
Source

my better discord has been able to work and the custom CSS have been fine but suddenly it started crashing whenever i tried opening it,i saw people talk about how one of the libraries is fixed and the plugins are being worked on but to use discord at all i had to uninstall better discord completely,how long will this take if it’s due to code being changed?
Source

11:45 am (IST): Some users are now reporting (1, 2, 3, 4, 5, 6) that the Discord app on their PC keeps crashing after the recent update. Unfortunately, the support hasn’t yet acknowledged this issue. 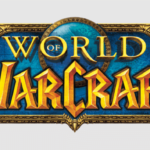 WoW characters stuck in Court of Stars ('World server is down'); Character Unstuck Service not working too 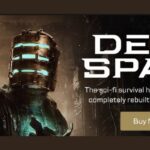