Ticketmaster is one of the largest ticket sales platforms in the world. The company usually offers tickets for many of the most important events, shows and concerts of the year.

Currently, the Presale for a Taylor Swift concert is taking place. However, it seems that the experience is not being the best possible for the fans.

According to multiple reports, Ticketmaster Taylor Swift Presale access text code is not arriving for many, preventing them from buying the ticket.

To be part of the Ticketmaster Taylor Swift concert Presale, fans first had to register in the section dedicated to the event. The system then randomly chose among the many registered users.

Those selected users received an email advising that later they will get an access code via SMS. This access code is what fans will use at Ticketmaster to purchase a ticket for the concert.

However, it seems that many fans who registered for the Ticketmaster Taylor Swift Presale are not receiving the necessary access code via SMS. So, they are unable to complete the transaction.

Well thank you! I am a international fan who was ready to fly to the US next year for a show ! Las Vegas to be exact ! I am hoping somebody will sell me a floor seat for retail ! No presale code only waitlist even thoughi am a loyal fan? #TSErasTour @taylorswift13 @taylornation13
Source

It’s after midnight and I still haven’t gotten my code, but I got the email saying I was selected. Should I be worried?
Source

It’s worth pointing out that the codes are reaching some users affected by the problem many hours later than expected. However, many others are still unaware of their codes.

There is still no official acknowledgment of the issue from the Ticketmaster team. However, there is a potential workaround that reportedly helps speed up the arrival of code.

Also, it is important to know that you should not buy codes from other people. This is because each code is associated with a Ticketmaster account.

I see a lot of “offers” online (such as Twitter) from people with extra codes. Codes are unique to each Ticketmaster account. Only the account it was sent to can access the code. If you buy a code from someone, it will not work for you!
Source

So, you won’t be able to use codes generated by other people in your account. You must have received it directly through the normal way.

10:15 pm (IST): Ticketmaster support has acknowledged the issue and have confirmed that they are working to resolve the issue.

We are aware fans may be experiencing intermittent issues with the site and are urgently working to resolve. (Source)

But the problems don’t end there. It seems Ticketmaster isn’t the only service that’s been overrun by Taylor Swift fans.

SeatGeek is another service that has people waiting in never-ending queues to buy presale tickets. The website displays the following message for some:

While others are just told to wait in a queue that seemingly never ends or is disabled. We got the same message while trying to visit the website: 08:51 pm (IST): Ticketmaster revealed that the Capital One Cardholder Presale has been rescheduled in order to ‘address the historic demand for tickets’ for the Taylor Swift concert.

To provide a smooth experience for cardholders and address the historic demand for tickets, Capital One Cardholder Presale has been rescheduled to Wednesday, 11/16 at 2pm local venue time for all shows. Rescheduling will not impact ticket availability for Capital One cardholders.
Source

The high traffic on the Ticketmaster web platform is causing even those users who received their access codes to be unable to use them. They are just being pushed back into an endless queue during the checkout (1, 2).

There are even users reporting that their codes are not working, as if they were wrong (1, 2, 3). For users affected by these latest issues, the following is recommended:

If you received a code to the TaylorSwiftTix Presale, please login and access the queue through the link you received via text rather than entering through the Ticketmaster homepage. This will ensure an optimal shopping experience.
Source

12:39 pm (IST): Reports related to tickets scalping and touting on StubHub for Taylor Swift Concert are now emerging as the Ticketmaster crashing issues is pushing fans to buy resold tickets at astronomical prices.

However, some are also concerned about the legality of such practices and asking fans to refrain from buying such tickets.

The fact that there are so many tickets available for sale at StubHub is maddening. Ticket scalping should be illegal and controls should be put in place to regulate ticket buying. An easy solution – you must present the credit card used to purchase the ticket at the door.
Source

@Ticketmaster I think TS fans deserve an explanation for the 0011 message. It was not our fault, it was a system error. (Source)

@TMFanSupport Ticketmaster I still have not received an answer about the 0011 error. (Source)

Same did it to me for night 1. I waited 3 hours, was my turn and got a Ticketmaster 503 error whatever that is and got back in queue and nothing left. (Source)

Did it automatically send you back to the queue or did you reload? I’ve been stuck on the 503 error page for 30 min (Source)

10:34 am (IST): It seems that fans are still boiled up for not receiving the Taylor Swift Presale access text code as ‘Boycott Ticketmaster‘ trends on Twitter.

11:47 am (IST): Some furious fans are finding out that their Taylor Swift concert seat has ‘partially obstructed‘ visibility just after they bought the ticket.

i shouldn’t have had to pay almost $700 for my mom and i to have a partially obstructed view & no i didn’t “have to” but when it’s the person i’ve looked up to since middle school playing a show 20 mins from my house…i panic bought. @Ticketmaster you need to do better.
Source

03:30 pm (IST): Ticketmaster ‘a scam’ trends on Twitter following Tyler Childers Presale and prompting many to call out the site and Live Nation for their opportunistic monopoly.

Ticketmaster is a Scam. Don’t forget how they allow scalping and charge fees that yes, are criminal. As a musical artist, I would never want to be involved with them.
Source

10:51 am (IST): According to Ticketmaster support, tomorrow’s public on-sale for Taylor Swift | The Eras Tour has been cancelled due to high demand.

Due to extraordinarily high demands on ticketing systems and insufficient remaining ticket inventory to meet that demand, tomorrow’s public on-sale for Taylor Swift | The Eras Tour has been cancelled. (Source)

Also, getting upset with this, some fans are now asking Elon Musk to buy Ticketmaster.

10:51 am (IST): Trouble continues for Ticketmaster after its mishandling of ticket sales for a Taylor Swift concert.

Now, the singer’s fans are organizing a movement that aims to ‘break up’ Ticketmaster.

We’re organizing to break up Ticketmaster. NOW is our best chance to make a difference through collective action! Sign up to stay informed and get involved here ↓ https://theswiftiest.com/fight-back/ #TSxCapitalOne #TSTheErasTour #TSmidnighTS
Source

They have even managed to gather more than 40,000 signatures to request the Department of Justice for a direct investigation of Ticketmaster.

Meanwhile, Taylor Swift has also expressed her annoyance and disappointment in how Ticketmaster has been handling the situation:

It’s really difficult for me to trust an outside entity with these relationships and loyalties, and excruciating for me to just watch mistakes happen with no recourse.

There are a multitude of reasons why people had such a hard time trying to get tickets and I’m trying to figure out how this situation can be improved moving forward.

I’m not going to make excuses for anyone because we asked them, multiple times, if they could handle this kind of demand and we were assured they could.
Source

Apparently, Ticketmaster assured that they could handle the high demand that the concert would have, but clearly this was not the case.

01:06 pm (IST): According to a report, Congress will hold a hearing on the lack of competition in the ticketing industry after Ticketmaster failed to manage Taylor Swift’s ticket sales. More on that here.

12:06 pm (IST): It seems that the Ticketmaster Taylor Swift Presale controversy has escalated to another level and is already headed towards a Senate hearing.

Apparently, the issues faced by Swifties while securing a ticket on the site have prompted Sen. Amy Klobuchar and Sen. Mike Lee to hold a hearing to examine the lack of competition in the ticketing industry.

01:09 pm (IST): Ticketmaster is surprisingly showing Taylor Swift ‘tickets are not currently available online’ even when all the tickets for ‘The Eras Tour’ have been sold out.

This could also mean that the issues related to the Taylor Swift Presale ticket may give way to the political organizing hugely because of the computer problems, long waits, and hurried purchases.

04:20 pm (IST): Some frustrated Taylor Swift fans are now suing Ticketmaster over the recent ticketing fiasco. More on that here.

05:17 pm (IST): Taylor Swift fans who registered as ‘verified’ and didn’t receive the tickets might have a second chance at getting them. More on that here.

01:59 pm (IST): Tennessee Attorney General Skrmetti has released a new statement regarding Ticketmaster. You can check it out below.

It worth mentioning, the recent Taylor Swift Eras tour has reportedly broken the record for the highest-grossing female tour making $554 million so far.

10:26 pm (IST): Fans report experiencing issues again with the Ticketmaster platform. It seems they are getting a couple of error messages during the checkout process.

First, some are getting a ‘Pardon the interruption’ error:

Meanwhile, others are getting a ‘Transaction declined’ error:

12:04 pm (IST): U.S. Senators Amy Klobuchar and Mike Lee have announced that they will hold a hearing in Senate Judiciary on January 24 to examine the lack of competition in the ticketing industry.

04:37 pm (IST): Ticketmaster now says that the problems with ticket sales for Taylor Swift’s upcoming tour were caused due to cyber attack. More on that here.

Also, Live Nation has reportedly released CFO testimony ahead of Senate Judiciary hearing which is scheduled for tomorrow.

05:51 pm (IST): Ticketmaster stock prices have raised up after the recent Hearing in which they have blamed the Swift ticketing incident on the bots. 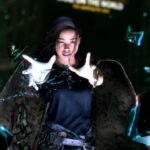 Forspoken crashing at startup or during cutscene for a section of players, but there're some workarounds 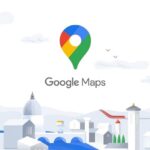 Google Maps not staying active in background or keeps refreshing on iOS for some, issue escalated