For years now, Apple has been progressing towards using internal components on its products so that they don’t have to rely on components from 3rd-party suppliers.

And following the huge success of the in-house M and A Bionic series chipsets, it was no surprise when news broke that Apple is looking to replicate this success with its own in-house MicroLED display panels.

With this development, Apple will be reducing reliance on 3rd-party players like Samsung and LG, who have been heavy beneficiaries during the iPhone era.

Given its global market share, the iPhone is undoubtedly one of the biggest contributors to Samsung Display’s huge market share of the smartphone display industry.

But this recent development spells trouble for Samsung Display, a company that also supplied some of the panels on the most recent iPhone 14 models.

While Apple’s plans to switch to in-house display panels have been in place for years now, there seems to be an urgent need to switch to what should arguably be superior panels than what Samsung and co. have on offer.

Apple is known for delivering the ultimate premium quality. But despite their premium pricing, recent iPhones have experienced quite a number of display-related issues, albeit not as widespread. 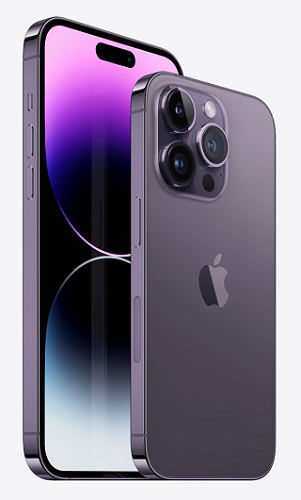 We’ve highlighted an issue related to iPhone 14 Pro Max screen flickering or having horizontal lines after waking up. There have also been a few iPhone 13 cases with green or rainbow screen of death.

Prior to these, there have also been older cases of iPhone 12 screen dimming on its own and requiring replacement to fix it or the display cracking on the Pro version with no physical contact.

While there’s no way to directly link Samsung Display to these cases, especially since they could be software-related, the fact that similar issues have occurred on Samsung Galaxy phones adds more weight to the argument.

The Galaxy S20 is perhaps the biggest victim of the green or purple line on the screen. This, for the most part, was triggered by the One UI 4 update. The damage was so massive that it attracted over 5,000 signatures on Change.org, forcing Samsung into offering free screen replacement to those affected by the vertical lines.

Not ending there, other Samsung users have also had display-related issues on their Galaxy phones.

Given that these are high-end Samsung phones with Samsung Display-made panels, the company has little-to-no excuses here. But the story goes on, with the likes of OnePlus 8 and 8 Pro also joining the ‘green line and tint’ party.

According to DisplayMate, both handsets have OLED panels from Samsung Display, so there’s little doubt here that Samsung is involved in a way or the other.

The recent Google Pixel 7 series has also had a fair share of display-related issues. While they can easily have been triggered by a software update, they do have similarities with previous cases with Samsung Display panels.

I could go on and on, but the common factor among these cases is Samsung Display. Going back to where it all started, these issues could likely be among the drivers behind Apple’s push for in-house MicroLED panels.

OLED screens are great and pretty much the same as MicroLED displays when it comes to energy usage. But they get trounced by the latter’s non-reliance on organic material that isn’t long lasting, promise of higher peak brightness, and resistance against burn-in and degradation issues common with OLED panels.

Sure, it may take a few more years before Apple completely transitions from relying on Samsung Display and other players to using its in-house screens on iPhones and other products.

But the writing is on the wall, so unless Samsung moves swiftly to address the growing green line/tint and general panel degradation issues plaguing its OLED screens, the company’s reign over smartphone displays may be at risk.

The Galaxy S23 is around the corner, so it will be interesting to see if Samsung will have addressed these issues with the new model’s panel.

Given the number of smartphones that rely on Samsung Display’s OLED panels, you better hope for the best.

Do let us know your thoughts in the comments section and drop your vote on the poll below as well. 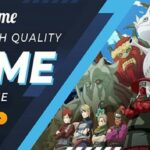 [Updated] 9anime down, not working or throws 'Invalid request' error? You're not alone