Powered by Qualcomm Snapdragon 888 processors, this series exceeded its users’ expectations by providing the smoothest gaming experience in the mobile segment.

When a user attempts to connect to a WiFi or Hotspot on their phone, this is what they get:

Users have been unable to connect to any WiFi network as a result of this issue, although cellular service appears to be functioning well.

Prior to the September update for ROG Phone 5/5S, some claim that their phones used to connect successfully. So, this update might be the source of the problem.

It’s disappointing to see a major issue with such fundamental functions as Wi-Fi and Hotspot can arise on a premium Asus device.

So, a month ago, my Wi-Fi suddenly disconnected and it stopped turning on at all. It was after the .91 update back in August. 2 weeks ago, suddenly after my mobile network was having issues, a restart later, the Wi-Fi again came back to life! But a week ago, it again stopped working at all after an OS crash while playing New State Mobile.
Source

@ASUS_ROGNA @ASUSUSA I am having an issue with my ROG Phone 5, while not on WiFi I can not use any apps or load websites. I can still make phone calls though, this is my 2 ROG phone within a year now. What’s going on? I am so frustrated and feel disconnected !
Source

A community moderator on the official forum has advised impacted people to contact their local Asus Repair shop to get their phones examined.

Asus ROG Phone 5 owners have in the past faced similar Wi-Fi and hotspot issues. The solution at the time was to replace the motherboard, which is being recommended to some users again:

I visited the service center, they checked and now telling me to replace the motherboard board of my Asus rog phone 5s, this wifi issue was also in a lot of rog phone 5, but they have not fixed this issue the wifi Stops working suddenly without any reason.
Source

Unfortunately, Asus has yet to comment on the issue, and it is unclear if the problem is due to malfunctioning software or hardware.

04:17 pm (IST): Some of those affected are now planning (1, 2) to file a class action lawsuit against Asus as they are unable to use Wi-Fi. 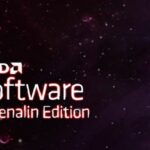 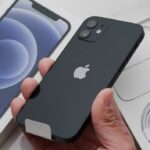 PSA: Exposing iPhone camera to lasers at parties may lead to 'sensor damage' or 'pink dots' in photos