12:01 pm (IST): LG is now rolling out Android 12 update for LG G8X ThinQ users on Virgin Plus network in Canada.

Thanks for the tip: DeeJay Hebert!

Thanks for the tip: Elwin King!

Thanks for the tip: Greg Bohn!

Also, LG G8 ThinQ locked to Verizon is getting update to Android 12 in the US.

01:41 pm (IST): LG K92 5G users on Cricket Wireless have started receiving Android 12 update in the US. Also, LG G8X ThinQ owners are getting the same treatment in Canada.

Thanks for the tip: Will Ford IV & Elwin King!

16:28 pm (IST): According to Rogers’ OS upgrade schedule, LG G8 ThinQ is expected to get Android 12 update on November 2 in Canada.

12:51 pm (IST): According to Fido’s update schedule, LG G8 ThinQ is expected to receive Android 12 update on November 02 in Canada.

Thanks for the tip: Damian Robert Kurowski!

Thanks for the tip: Andreas!

Thanks for the tip: Tomaž Horvat!

11:53 am (IST): Android 12 update is reportedly rolling out for the unlocked LG G8 ThinQ units on T-Mobile in the US. It comes with software version G820TM40a.

Thanks for the tip: Shawn Robinson!

Thanks for the tip: Ziya ul haq! 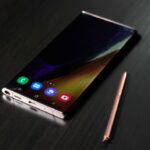