Google Pay (also known as Google Wallet) is the company’s own payment service. It allows users to store their cards to pay via NFC or by entering personal access credentials.

Being a Google service, it would be expected to work best on the company’s Pixel smartphones. However, it appears that this is not the case with the Google Pixel 7 series.

According to multiple reports, Google Pay transactions get declined when Pixel 7 users unlock the phone via face unlock, requiring the use of the fingerprint sensor.

Unlike previous models, the new Google Pixel 7 and 7 Pro support face unlock. In previous Google Pixel phones, the payment process consisted of unlocking the phone (via fingerprint) and holding it near to a card reader.

But, this is no longer possible with the face unlock integration, making the process less immediate. If Google Pixel 7 users unlock the smartphone using face unlock and try to make a payment via Google Pay, it will be declined.

On my P5, I would unlock my phone then hold it to a card reader to pay. Now with my P7, I unlock the phone, hold it to the card reader, my card gets declined, then it asks me for my fingerprint and tells me to try again, at which point it works.
Source

Can you force a biometric prompt?

I ran into an issue yesterday trying to use Google Pay. Because I also have Face Unlock enabled, every time I went to unlock my phone, the Face Unlock would beat me to unlocking it, before I could do so with my fingerprint, thereby preventing me from using Google Pay.
Source

Now, if you unlock the Pixel 7 with face unlock and try to make a payment via Google Pay, you won’t be able to do it until you lock the phone again and unlock it with the fingerprint sensor.

A potential security measure with a confusing implementation

It’s worth pointing out that this happens even if you have turned off the option that requires device unlock for contactless payments.

I tried tap to pay with my phone unlocked through face unlock, and it failed and made me use my fingerprint to “unlock” the phone and then I had to try again.

Note, I specifically have the setting turned OFF that requires device unlock for contactless payments.
Source

Apparently, this is a security measure. After all, the Google Pixel 7 series face unlock uses the classic ‘2D face scan’.

This means that the phone does not integrate any advanced facial scanning mechanism. Therefore, it could be easy to fool with different methods.

However, the mechanism does not seem the best possible. Users feel that it is unintuitive, confusing and redundant, negatively affecting the experience.

For now, the only way to avoid the redundant process is to unlock the smartphone with the fingerprint from the beginning when you go to make a payment.

There is still no official word from Google team on this issue. We will update this story once new relevant developments emerge.

04:42 pm (IST): It appears that ‘face unlock’ is now working on Google Pay to validate certain amounts of transactions.

I’ve seen people online say this is prohibited and not allowed, but it 100% definitely just worked for me. Is this secure? Or has Google patched Google Pay to make this functionality work?
Source

NOTE: You can also check the Google Pixel 7 series bugs/issues and updates tracker. 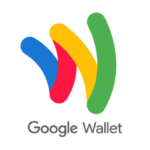