COD: Warzone Mobile 'throwing errors or not working' while using VPN? Here's what you need to know

Since its arrival, COD: Mobile has become one of the most successful games for smartphones and tablets. Activision wants to continue the trend with the release of COD: Warzone Mobile.

Warzone Mobile was officially announced a few months ago and caught the attention of the entire industry. Now, it’s finally available, but in a soft rollout limited to Australia.

As is normal with a highly anticipated game, many gamers from all over the world started looking for alternatives (such as VPN) to access the game since its launch.

However, currently, some COD: Warzone Mobile players are facing multiple errors or the game is not working for them even with a VPN, but this has an official explanation.

The use of VPNs is one of the most classic resources when trying to access any type of content with regional blocking. Many people use it not only for gaming, but also to ‘unlock’ shows on platforms like Netflix.

COD is a widely popular saga around the world. Therefore, it was expected that fans would want to enjoy the game since its release.

What is the Best Free and Unlimited VPN App for iOS to play Warzone Mobile Soft Launch?

Is there a decent free unlimited VPN app on iOS that can connect to Australian servers for free without paying for upgrading or unlocking Australia?
Source

iOS in the states

So as a person in the US with an iPhone, will it be possible to download the soft launch version in Australia with a vpn?
Source

However, it’s worth pointing out that it is not always safe to use VPNs to access games available in other regions. There are developers who do not like these practices, and ban accounts that use VPN.

Therefore, accessing a regionally blocked game with VPN generally carries a potential ban risk. In addition, there are also doubts about connection performance and what impact the VPN will have on the game.

Potential ban or connection errors when using VPN? Here’s what you need to know

If you have doubts about the risk of getting banned or connection performance when playing with a VPN, Warzone Mobile developers have clarified some points.

Regarding performance, they revealed that accessing the soft launch with a VPN from outside Australia can definitely affect it. After all, there are multiple factors present, such as increased connection latency and ping.

Also, the initial rollout is currently available in only one country. Therefore, the fact that people from all over the world are accessing the game at the same time can cause a potential server overload.

Through their official Discord, COD: Warzone Mobile devs specified some of the issues that players from regions outside of Australia could face while playing using a VPN.

In fact, the problems are already starting to show as more people try to play. In no time, it has become much more difficult to maintain a stable and error-free connection while using a VPN.

Anybody figured out a free VPN that actually works for the game on iOS? I gave up and went to bed lol, had data center connection issues all night.
Source

Regarding a potential ban for using a VPN, fortunately, there is no risk of that happening. Warzone Mobile devs do not penalize players who use VPNs while playing, but they keep warning of network performance issues.

The WZM team clarified that playing #WarzoneMobile with VPN is not considered illegal/cheating, but will result in a poor experience (connection/data failures, long wait times, etc.) for those outside of Australia.
Source

There is still no specific date for the global rollout of COD: Warzone Mobile. However, devs offered hints about it through their official Discord channel.

Apparently, COD: Warzone Mobile global rollout will not happen at least until the end of Modern Warfare 2 and Warzone 2 ‘Season 1’, the games that are occupying all the attention of Activision at the moment.

This means that the global rollout will probably take some months. Some past leaks hint that it could happen on May 15, 2023.

We will update this story once relevant developments on the matter emerge. 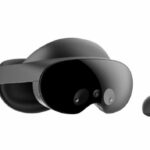 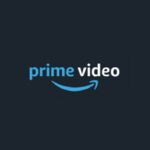