However, recently, many players have been facing issues like ‘Sys_Error’ on Xbox and ‘Disc read error’, ‘Kill Cam’ reportedly causing freezing on consoles, and many more.

On the Ground War and Invasion maps, players believe there are too many rooftops. As a result, snipers are now meta in the game, and there aren’t many ways to deal with them.

Some players believe that snipers are overpowered since they can one-tap an opponent from afar and can stay on rooftops for extended periods of time without moving.

Players do seek cover to avoid being sniped, however, UAVs make it difficult and Ghost is currently unavailable.

Now, players want devs to give snipers more bullet drops and, most likely, reduce their range, because you shouldn’t be able to one-shot someone from across an invasion map.

I get the idea behind invasion, and it’s chaotic enough to be fun, but I feel like the insane oppressiveness of snipers really does sully the experience. The amount of games where it’s been almost nothing but people sat on rooftops/ across the map staring down lines of fire is wild. It’s even got the point where spawncamping starts.
Source

This game mode is such a mess there’s no point to play this other than all the XP exploits. The spawns are terrible, the maps are HORRIBLE and every game just becomes spawn sniping and spamming killstreaks. It’s insane. There’s not a single game mode that I can play casually in this game without worrying about a ton of ridiculous bullshit going on around me.
Source

Also, some COD: Modern Warfare 2 players are demanding a squad spawn system in Invasion just like they have it in Ground War.

What makes squad spawning’s absence in Invasion even more bizarre is that the feature is already present in Call of Duty: Modern Warfare 2’s Ground War mode.

Ground War is certainly a larger-scale mode, with 64 players going head-to-head, but the map size is pretty much the same, and therefore squad spawning should be allowed in Invasion as well.

Overall, players think that the maps require greater cover/fewer sniper locations, as well as reworking the spawning system, which is currently far too favorable to the winning team.

Hulu error code 'RUNUNK13' is back on PC, but a fix is allegedly coming (potential workaround inside) 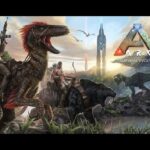 [Updated] ARK: Survival Evolved down or not working? You are not alone