COD: Modern Warfare 2 has been out now for a good number of days with global campaigns and an advanced AI system.

But the game kickstarted with a lot of uncertainties surrounding its release date followed by other bugs and issues.

For instance, players once noticed that the 2 XP tokens went missing and now another issue has seemingly popped up.

Many COD: Modern Warfare 2 players (1,2,3,4,5,6,7,8) have been experiencing an issue where the ‘KillCam’ keeps freezing the game on various consoles.

Anybody else experiencing the game crashing mid kill cam and having to close the game completely and load back in? Does this in almost every game I play. Is there a fix? I’m on PS5
Source

Game will completely freeze completely when skipping kill cam forces me too reboot game and it happens basically every game anyone else having this issue? Or any solutions to try?
Source

The KillCam shows a player’s death from the killer’s perspective and can also be skipped if the player does not wish to view it by pressing the action button.

However, skipping or pressing the KillCam after getting killed is forcing players to restart the game every now and then.

Apart from the KillCam freezing issue, many also believe that the Ghost perk isn’t working properly in the game (1,2,3,4,5,6,7,8).

@InfinityWard @CallofDuty @Activision you need to fix Ghost. It’s bugged. You show on a UAV sweep when firing all guns, suppressed or unsuppressed. This has to be a bug, right?
Source

Even though the perk and suppressor combo prevents players from being shown on the radar, it is still showing them on the FPS game’s minimap.

This is incredibly frustrating as the nerfed Ghost perk makes the entire stealth combo useless because of its inability to keep the players off the UAV radar.

Unfortunately, the developers haven’t commented on the issues yet.

We also have not come across any workaround that can help resolve the issues temporarily. Hopefully, the team figures out a permanent solution at the earliest.

We’ll keep an eye on these bugs and update this story to reflect essential developments. [Poll results out] Opinion: You shouldn't have to turn off basic features on flagship phones to improve performance 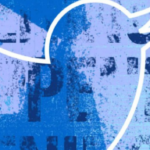 [Updated] Twitter stocks or shares not on Robinhood? Here is what you need to know