Owned and developed by ByteDance, TikTok is a popular video hosting service. Users upload short-form videos that cover several genres such as stunts, pranks, tricks, and dance that last from 15 seconds to 10 minutes.

In case you didn’t know, TikTok is the international version of Douyin. The app was released in 2017 and has retained the spotlight ever since.

While they both have the same interface, TikTok and Douyin differ significantly when it comes to content and features. That said, users have faced various bugs and issues such as the following page disappearing and video analytics (views and interactions) not updating.

Adding to the problems, TikTok users are now reporting that they are unable to use DMs as their privacy settings are automatically set to private (1,2,3,4,5).

Many are frustrated and confused as to what is happening with a bunch of users wondering if their account has been hacked. Some say they tried force-stopping and reinstalling the app but that didn’t help either.

Below are some from reports TikTok users who are unable to use DMs since their account privacy settings are automatically changed to private.

Why did my tiktok get set to private for no reason??? I’m getting a lot of messages saying I can’t DM people because of their privacy settings as well. Friends, check your tiktoks.
(Source)

Is anyone else’s TikTok suddenly turn private and every time you change it to public it keeps going back to private?????
(Source)

Unfortunately, we are yet to come across any official word on the matter.

We hope TikTok developers – ByteDance – take a look at the problem and fix the issue where some users are unable to send or receive DMs because their account are automatically set to private as soon as possible.

As always, we will be keeping an eye out on the matter and update this article as and when we come across more information so make sure you stay tuned to PiunikaWeb.

08:45 am (IST): Some TikTok users have taken to Twitter to report that they aren’t able to send DMs as the message fails to get delivered.

Am I banned from tiktok? I can’t send any messages lolllllllllllll (Source)

TikTok is yet to issue a public statement regarding the issue. However, it’s likely that the problem should be resolved sooner rather than later.

Note: We have more such stories in our dedicated TikTok Section so be sure to follow them as well. 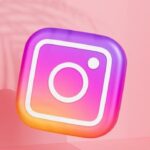