The new Google Pixel 7 and 7 Pro have been out for a few weeks now and the reviews are seemingly positive. But like any other smartphone, Google’s new flagship duo isn’t flawless.

We’ve been keeping tabs on various bugs and issues that users have been facing with the new Pixel 7 and 7 Pro. Even though it’s been only a few weeks since the release, our list of bugs and issues has grown more than it should have. We’ve now come across yet another issue that some Pixel 7 series users are having to deal with.

According to reports on Reddit and the company’s own support forums, a section of Google Pixel 7 and 7 Pro users are reporting that they get a message saying ‘Connected, not charging’ after plugging in the device to juice it up.

Hi I tried charging my pixel 7 with a USB C to USB A cable with a standard USB A adapter and a Samsung USB A adapter and it refuses to charge. It is stuck at “Connected . Not charging” It only charges with the cable included in the box connected to my laptop’s USB C port. (Source)

Like the title says when I connect my Pixel 7 pro it says, connected, not charging. Tried several usb c cables, on pc, charger etc… (Source)

Most users who’ve been facing the issue have also mentioned that they are using third-party cables or charging bricks.

This likely wouldn’t have been an issue if the two phones came with dedicated chargers in the box. More about that here.

That said, the issue isn’t entirely new. Last year, we reported that Pixel 6 and 6 Pro users were facing issues while trying to charge the devices with some third-party chargers. And there are still a number of reports (1, 2, 3, 4 ,5 ,6) coming in from Pixel 6a and Pixel 6 users who say they get the ‘Connected, not charging’ message while plugging their devices into some third-party chargers.

The main culprit appears to be the lack of support of PD and PPS charging protocols in some third-party chargers.

This results in Google Pixel 7 and 7 Pro, amongst other affected models, throwing the ‘Connected, not charging’ message.

Thankfully, there are some workarounds that appear to do the trick for some users. So you may want to give them a go in case you find yourself in the same situation. 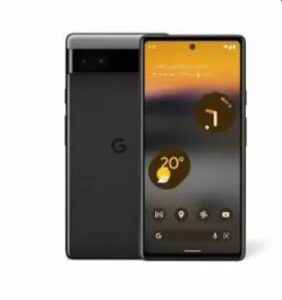 One Redditor says they were able to resolve the problem by factory resetting their device.

Factory reset fixed the issue for me (Source)

But if factory resetting isn’t an option for you, then turning off ‘Adaptive charging’ in the Settings may do the trick, as reported by another Redditor.

UPDATE: Fixed it. Turned off adaptive charging and it now charges from any power brick. Will turn it back on when my PPS enabled Quick Charger comes (Source)

If none of the two software-based workarounds work for you, then the only other way out would be to purchase a charger that supports PD and PPS charging protocols.

Feel free to drop a comment letting us know if there are any workarounds that did the job for you. 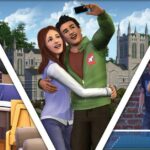 The Sims 3 not downloading or throws 'Something went haywire' error on EA app for some, issue under investigation