Remember when Samsung deleted posts mocking the iPhone X after ditching the headphone jack like Apple? Well, when Apple announced the iPhone 12 series would not ship with a charger in the box, it was a field day for Samsung.

The iPhone 12 arrived in October 2020 and a couple of months later, Samsung did the exact same thing. The Galaxy S21 series was announced and Samsung confirmed chargers would be excluded from the box.

Of course, the embarrassment was too much to bear that Samsung had to delete previous social media posts mocking Apple’s decision to ship the iPhone 12 without a charger. 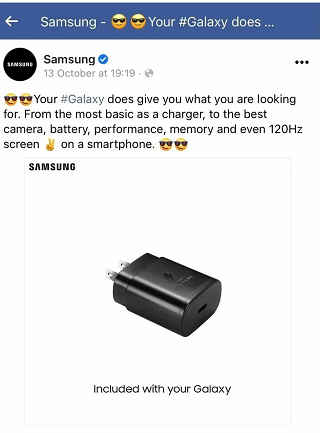 Not long ago, the Galaxy S22 series arrived and like its predecessor, there was no charger in the box. This is also true for any other premium Galaxy phone, including the foldables.

When ditching power adapters, Apple said it was about environmental sustainability. Unsurprisingly, this is the same reason given by Samsung.

But we all know both companies had their bottom line at the heart of this decision. Apparently, Apple has already made an estimated £5 billion (about $6.5.billion) out of ditching chargers and earphones from smartphone boxes.

Even with knowledge of this info, many of those buying high-end iPhones and Samsung Galaxy phones haven’t complained much about the lack of a charger inside the box.

If you can easily afford a $1,500 phone, spending an extra $20 or $50 on a wall charger shouldn’t be a problem. For Samsung and Apple, this is extra revenue for nearly every smartphone sold. Prior to this, the charger was free.

Here’s the thing. Apple and Samsung didn’t receive any backlash after ditching chargers from their flagships. And now they know there isn’t much fallout to deal with going forward.

Most premium smartphone customers seem to have accepted chargers are no longer a free accessory. And they can easily afford one if they wanted to. In fact, the lack of a free charger won’t prevent them from buying the latest shiny phone.

And this is something not just Samsung is now beginning to take advantage of, but also other Android vendors. After all, Samsung and Apple set the standards for others to follow.

With such massive numbers at play, every other vendor is now salivating at the prospect. As a result, what started at the top with high-end phones is now trickling down to mid-range and budget phones.

Just last month, Samsung unveiled the Galaxy A13 5G and the Galaxy A03s in the U.S. These two are at the opposite end of the Galaxy S22 series, yet they ship without a charger in the box.

It had been rumored that Samsung was considering shipping some of its budget Galaxy A and Galaxy M devices without a charger. And this move just confirmed it.

Realme is also set to announce its first smartphone that ships without a charger — the Narzo 50A Prime. Like its mentors, Realme says this move is “to promote environmentally sustainable development.”

For a company whose target audience is primarily young people in emerging markets with low incomes like India and parts of Asia and Africa, this is quite the irony.

For someone who can only afford a smartphone after a series of monthly savings, they’d probably need another month or more to afford a separate $20 or $50 charger.

It’s unfair to force low income earners to pay for what has always been a free accessory after sacrificing a lot to afford an entry-level smartphone.

First-time smartphone buyers are plenty in some of these markets. And for them, it means spending extra on an essential accessory that normally ships with the phone.

This takes more money from someone who barely earns enough and into the company’s coffers. And it sounds pretty much like discrimination against the low income earners in general.

While OEMs argue this is for environmental sustainability, they are emerging as the major beneficiaries of the decision’s collateral damage. Most budget phone buyers are low income earners, which makes it an extra expense for what should be free.

On the brighter side, there’s an easy solution. Rather than completely ditch the charger, vendors can give buyers the option to choose whether they want it included in the box or not at no extra cost. Xiaomi did it already.

OEMs shouldn’t force those without a compatible charger in their locker to pay for what can be provided for free. Instead, those who already have one can choose not to have it included in the box.

Sure, this may slow down the process of achieving the said “environmental sustainability”, but it would at least cushion low income earners against what are already tough financial times.

I know a time is coming when every phone will no longer ship with a charger. But that time isn’t now, at least not for budget phones sold in emerging markets.

Do you agree? Let us know through the following poll or in the comments section at the bottom.

Vote below and read the op-ed here: https://t.co/qfBejd9vbe

NOTE: Poll results will be published after a week.

The results for the poll are out. A clear majority (over 55%) of those who voted agree that OEMs should consider including free chargers for budget phones sold in low income markets at least.

While around one-third who voted said chargers should be included free of cost for everyone, the remaining voted for the option ‘NO’. In case you missed the poll, you are welcome to share your thoughts in the comments section at the bottom.

01:33 pm (IST): A Brazilian judge has asked Apple to compensate $1,075 to a consumer for selling an iPhone without a charger. More on that here. 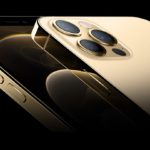 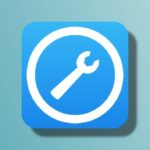