At its initial release, iOS 16 was riddled with bugs and issues. For instance, multiple users have reported notifications not arriving (or arriving without sound) and Camera app lagging or freezing. Now, there are reports about iPhones on iOS 16 randomly getting stuck with black screen or becoming unresponsive.

iPhone randomly stuck with black screen or unresponsive on iOS 16

According to reports, the iPhone screen suddenly turns black and gets stuck. In some cases, not even force resetting the device helps solve the problem.

Good Morning. While I was using my phone, the screen suddenly went black. I see that is on but it won’t show anything on the screen. I tried to force restart it and now to restore and update it, but so far nothing.
Source

my phone is on but the screen is black. everytime i restart my phone, it shows me my lock screen then it goes black. i know the phone is on because i can still answer calls and what not, i just cant see anything on the screen
Source

In other cases, the iPhone screen turns back on normally after a reboot. But the display becomes unresponsive touches.

Black screen and screen not responding

My iphone 11 pro max is giving me the blackscreen. When I reboot, the screen appeared and not responsive to the touch but only voice responded whenever I touch the words in the screen . After touching the screen where the words appeared, not further action from the phone.
Source

Most of the reports on the issue are coming from iOS 16 users. However, there are also some devices running iOS 15 exhibiting the ‘iPhone black screen of death’.

i was using my phone and the screen blacked out suddenly without falling or getting wet, though it still works but the screen is blank what is the cause?
Source

There is still no official word from Apple on this serious issue. Meanwhile, there is a potential workaround that could help if you are facing it.

We will update this story as new relevant events arise in the future.

NOTE: You can also check our iOS 16 bug/issues tracker. 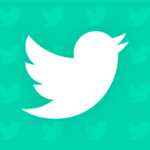 Some Twitter Blue users unable to edit tweets due to subscription issue, fix in the works