iOS 16 stable has been available for a few weeks now for all eligible iPhone devices. The update brings multiple enhancements and some design changes.

However, it seems that its first stable version also brought certain issues. For instance, some users have reported ghost touches on their iPhone screens, while others experience crashes in apps like YouTube.

Now, it seems that some users are not getting notifications or are getting them without sound or vibration after the iOS 16 update.

According to multiple reports, some iPhone users are not receiving any notifications after the recent iOS 16 update. In some cases, notifications arrive but without any sound or vibration alerts.

The problem is reportedly happening even after having all the notification settings enabled correctly.

No sound nor vibrations

No sound nor vibrations. I have no sound unless I have AirPods connected and my phone does not vibrate for notifications. This problem started with one of the betas for iOS 16, continued with the official release, and now remains with the 16.1 beta.
Source

Some users getting notifications partially, system apps affected too

In some cases, iOS 16 users affected by the bug are receiving notifications for only a few apps.

There are even reports of apps that receive notifications only for some of their features (such as WhatsApp only notifying messages but not calls).

I have an iPhone 11, and since I updated to iOS16 (no betas) I have not been getting all of the notifications I used to despite not having changed any settings. For example, I no longer get notifications for WhatsApp calls (though interestingly, I do get them for WhatsApp messages).
Source

Not getting notifications from message apps

So this has been a problem for a few days now. I am unable to get notifications from social media apps like instagram or line. I have focus mode off, updated to the lastest IOS.
Source

It’s worth pointing out that the problem is not only affecting third-party apps, but even iOS 16 native apps and services.

Me and my friend got the 14 pros. Ever since the upgrade, whenever I FaceTime him he doesn’t get any notifications at all… doesn’t even show up as a missed call. But when he rings me it works fine.
Source

This is the potential cause (and a workaround)

Some users suggest that the issue could be related to changes in the ‘Focus Mode’. Apple added certain new options that could conflict with the current personal settings.

Have you gone in and configured the focus mode again? Apple added a new allow and silence list in focus modes.

That said, there is a potential workaround that reportedly helps fix notifications behavior.

Just reset all settings. No need to delete everything. Also you may not be able to go backwards.
Source

There is no official acknowledgment of the issue from the Apple team yet. We will update this story as events unfold.

IST 12:19 pm: According to GSMArena, Apple has released iOS 16.0.3 update that comes with fixes for various issues including users not getting notifications or receiving them without sound/vibration bug. 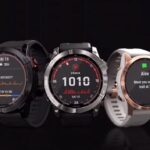 [Updated] iOS 16 Camera app reportedly 'lagging, freezing or not working' for a section of users