Millions of people use YouTube to watch videos every day, making it the most widely used video-streaming service in the world. However, many out of those millions are impacted whenever a service outage/glitch occurs.

That said, we’ve previously covered an issue where the video timestamps stopped working for many users thus negatively impacting their experience.

@TeamYouTube since updating to new iOS, youtube keeps crashing,… now it won’t open.. deleted app and re downloaded but then after a while it does it againSource

The @YouTube app broken on iOS 16 for anyone else? It just freezes on the splash screen until eventually crashing.
Source

@YouTube your app doesn’t work on iOS 16? Can not get the app to open, just main screen then crash? Already deleted and downloaded the app several times and no fix.
Source

It takes several attempts to open the app and when it does it simply shows a message that reads ‘A serious error occurred’.

Owing to this issue, users are unable to get past the loading screen. Moreover, there are some reports that show that the YouTube Music app has also been crashing with the iOS 16 update.

Affected users have tried uninstalling and reinstalling the app and even restarting their devices but to no avail.

Fortunately, YouTube is aware of the crashing issue on iOS 16 and said that the team is currently working on a fix.

thx for the screenshot! we’ve seen similar reports of this issue & we’re looking into it!
Source

We have also come across a workaround that can possibly help fix the issue. It involves resetting Google Usage ID in the ‘History and Privacy’ settings of the app.

It seems that those affected will have to wait till the team comes up with a resolution.

We’ll keep tabs on the issue where YouTube app is crashing in iOS 16 and update the article as and when something noteworthy comes up.

Note: We have more such stories on dedicated YouTube section, so be sure to follow them as well. 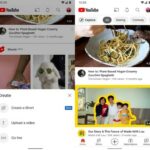 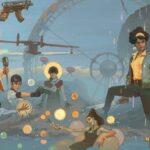