YouTube TV video stuttering or choppy for some Apple TV users, issue being looked into

YouTube TV is a widely used streaming television service where you can watch live TV and on-demand videos. Moreover, the service also offers cloud-based DVR from more than 100 television channels.

Ever since its launch in 2017, YouTube TV subscribers have gradually grown into millions over this period of time. The service had over 5 million subscribers as of July 2022.

Having said that, YouTube TV users often come across different bugs and issues with the platform such as unskippable ads on DVR recordings, intermittent black screen, and crashing when casting to Chromecast to name a few.

And now, YouTube TV subscribers are facing yet another bug where the videos are choppy or stuttering on Apple TV.

Those affected say that both audio and video get choppy when changing channels on Apple TV, while some say that videos are stuttering when they are watching live TV.

After getting exasperated with this bug, users are left with no choice but to force close the app. Here are some reports from those affected.

Ironically the YTTV app on AppleTV keeps stuttering audio and video when I change channels forcing me to reset the app, only to do it again IF I change channels. UPDATE THE GOT DAMN APP. YOU GUYS ARE WORTHLESS (Source)

Has anyone else noticed a slight stutter when watching live? Maybe my eyes are deceiving me but it feels like since I upgraded my Apple TV to tvOS 16 I’ve noticed that. (Source)

As apparent from the above reports and more (1, 2, 3, 4, 5), this issue is specifically affecting Apple TV owners. Fortunately, YouTube support has acknowledged the glitch and said that they are currently investigating it.

In the meantime, a Redditor has suggested a workaround that might help you fix this issue. So, you can try it out and see if it fixes the problem.

– Unplug ATV then plug in again to completely clear its cache

Since I did this, I am not having my original playback issue with AirPlay anymore. (Source)

If the above-mentioned workaround does not help, then you should wait for YouTube to fix it as devs are already investigating it.

Unfortunately, they did not provide any ETA details, so it might take up some time to get fixed. Rest assured, we will continue to track the issue and update this story with the relevant info.

Note: We have more such stories in our dedicated YouTube section, so be sure to follow them as well. War Thunder down or not working? You're not alone 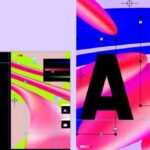