Samsung Galaxy S22 series has the premium looks and feel that an Android user expects from a flagship device. With its three variants, the S22, S22+, and S22 Ultra, Samsung caters to a range of price points.

Although updates are designed to address bugs and issues and make sure the devices are working as intended, occasionally they may also have the complete opposite effect.

That seems to be the case for many Samsung Galaxy S22 users as they are not receiving text messages on Verizon, T-Mobile, and other carriers. However, the messages do go through once they reboot their phones (1,2,3,4,5,6).

Users say that they randomly stop receiving texts until they restart the device, and then they get flooded with all the texts at once after the restart.

This is worrisome since some end up missing something crucial that may be time-sensitive because they are not receiving SMS.

According to several reports, this problem appears to impact all S22 models (S22, S22+, and S22 Ultra) following the September update and is not exclusive to any one carrier.

I have to reboot several times a day to make sure I haven’t missed any texts. Additionally, my phone keeps switching to mobile data because it thinks I don’t have any internet even though it’s still connected to wifi. No other devices in the house are having these issues. Rebooting the router did not help.
Source

Apparently, some S21 users are also facing this issue (1,2,3). For them, this isn’t the first time they’ve experienced this glitch; they also did so a few months ago.

@VerizonSupport since the last security update on my galaxy s21 in September I’ve had an issue with not receiving texts. I literally have to restart my device every few minutes as that’s the only way I have been able to eventually receive texts. Fix the issue or peace out
Source

Unfortunately, generic troubleshooting steps such as clearing the cache and switching airplane mode on/off don’t seem to resolve the issue.

Among the reports, there are also possible workarounds that can mitigate the issue. If you are on AT&T or T-Mobile, you may have to enable chat settings by following the steps in this link:

Another potential workaround is to toggle the sim card on/off:

Go to sim card manager. Toggle it off for a few seconds then back on. This has fixed the RCS’s connected chat/text issue and many other oddities for me. Haven’t found a need to pull the sim as this accomplishes the same thing and obviously much quicker.
Source

If any of the workarounds helps you resolve the issue with Samsung Galaxy S22 not receiving text messages, do let us know in the comments down below.

09:30 pm (IST): For some odd reason, it appears that Samsung mods are deleting complaints about the problem on the official community forums.

But luckily, an individual claims that a Samsung rep informed them that the issue will be fixed via a firmware update next week.

Samsung took my thread down that was in regards to this same issue. Tons of comments and it was just deleted. Trying to cover up how pathetic their developer’s response is to this issue? Don’t want people to see all of the customers that are ready to jump ship because their thousand dollar phones can’t receive messages? Samsung is a joke. Post your concerns on Reddit instead.

Side note, a rep told me earlier that the fix should be in the security patch next week. Don’t hold your breath. (Source)

10:17 am (IST): Samsung has started rolling out the October 2022 security patch for Galaxy S22. Hence, you can look forward to this update and see if it resolves the issue with text messages.

11:17 am (IST): October 2022 security update is now available for Verizon locked Galaxy S22 in the US. Thus, you can install it and see if the issue with text message gets fixed.

04:55 pm (IST): A Redditor has confirmed that using Verizon messaging app fixed the issue with text messages for them. Thus, you can also try using another messaging app and see if the problem persists.

01:40 pm (IST): Here’s another workaround suggested by one of those affected that might help you resolve the issue with text messages. You can check it out below.

I had the same problem too. No texts received until restart on base S22. Have any of you tried wiping the phone cache partition? Turn off the phone. Hold volume up and power button until it turns on. Select wipe cache partition and restart the phone. I haven’t noticed any missed texts since doing this – over 3 days now. (Source) 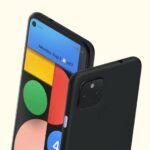 [Update: Persists in Android 13] Google Pixel 4a 5G pinch to zoom not working for some, fix likely to arrive with Android 12 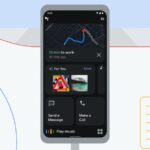