[Update: Galaxy S22 too] Some Samsung Galaxy S21 users not receiving calls or texts after June update (workarounds inside)

All these devices currently run on the latest One UI 4.1 based on Android 12. Also, they are listed to get monthly security patches.

While security patches are aimed to fix security flaws and bugs and ensure smooth functioning of the devices, sometime they might also do the opposite.

With that said, some Galaxy S21 owners are now reporting (1, 2, 3) issues with receiving calls and texts (SMS) after the June 2022 update. Moreover, users are also unable to make calls or send texts.

After receiving an update on June 18th, my phone is not receiving any calls, people trying to reach out to me can hear a ringing tone but I see nothing in my phone. I tried putting my SIM in another phone and it works perfectly. I can make outgoing calls properly though. (Source)

An update (I think the G996BXXU5CVF1) was pushed to my phone today. After the update, I can’t make or receive calls. It seems a few others are having this issue. Is there anyway to rollback to an earlier update? (Source)

As apparent from the reports above, the June 2022 update broke two of the most basic smartphone functions for Galaxy S21 users.

Unfortunately, generic troubleshooting steps such as clearing cache and restarting the device don’t seem to resolve the issue.

Luckily, users have managed to find some workarounds that might do the trick. You can check them out below.

Hi. I tried a new SIM with same problem (only the first call went through). Then i tried a last idea: i forced the phone to stay on 3G/2G network and well…IT WORKS. But obviously data connection is horrible. The problem seems to be related to 5G/4G connectivity. (Source)

Moreover, a Samsung Care Ambassador on the community forum said that this issue is happening on the international variants and users will have to contact regional Samsung support. Here’s the full statement:

Other than this, we haven’t come across any acknowledgment from the support team. However, we will keep tabs on the latest developments and update this story as and when anything noteworthy comes up.

11:32 am (IST): Samsung has released July 2022 patch for Galaxy S21 users in the US. However, there’s no indication if it fixes the issue with calls and texts.

10:48 am (IST): Some users are now reporting that this issue persists even after updating the device to July 2022 patch.

12:12 pm (IST): One of the affected users has confirmed that this issue got resolved after they manually downgraded and installed May 2022 patch.

So, users can try reverting back to the previous version as a potential workaround and see if it helps.

12:02 pm (IST): Samsung Galaxy S22 owners are also reporting (1, 2) the issue where they are unable to receive or make calls after the recent update. Moreover, texts either don’t go through or are being sent twice.

Unfortunately, Samsung has not yet acknowledged this issue. However, we’ll keep tabs on the latest developments and inform you as we find anything noteworthy.

10:37 am (IST): According to those affected, the issue with calls and texts on Galaxy S21 and Galaxy S22 devices is caused by incorrect CSC code in June update.

Moreover, this issue will allegedly be fixed in the upcoming August 2022 update that should be available for Galaxy S22 and Galaxy S21 on August 1 and August 8 respectively.

10:36 am (IST): Samsung has now acknowledged the ongoing calls and texts issue on Galaxy S21 and Galaxy S22 and is working to resolve it.

However, our team is aware of this and as soon as we get more information about the fix on this matter, we will let you know. My sincere apologies for the inconvenience this may cause you. ^Alfred (Source)

01:19 pm (IST): One of those affected has explained how you can revert back to the previous version to fix the calls and texts glitch on Galaxy S21.

12:08 pm (IST): Verizon support has allegedly confirmed that the July 2022 update for Galaxy S21 that includes a fix for calls and texts issue was delayed.

However, it should be available anytime soon as the rollout was scheduled to begin at the end of the month.

Thanks for the tip: Matthew Reiter!

12:28 pm (IST): Samsung has released August 2022 security patch for Galaxy S21 and Galaxy S22. Hence, you can update your device to the latest version and see if the issue with calls and texts gets resolved.

02:11 pm (IST): One of those affected has confirmed that the August 2022 patch has resolved the calling issue on Galaxy S21.

05:35 pm (IST): A Redditor has confirmed that they were able to resolve the calls and texts issue that happens due to network by toggling on and off Airplane mode.

Unlike the others who completely lost their signals, mine only does occasionally. But it happens the most during sleep, morning till midnight it’s alright but by the time I wake up next morning the mobile network is just gone. Thankfully it gets fixed just by toggling airplane mode on and off. (Source)

04:55 pm (IST): A Redditor has suggested those affected to reset the network settings on their device as a temporary workaround to resolve calls and texts issue. 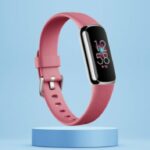 Fitbit Luxe screen not working, responding, or keeps flickering for some users (workarounds inside)