When talking about Apple, most people often bring up its ‘ecosystem’. If you use a Mac, iPhone, Apple Watch, and any other Apple products together, you know how seamlessly Apple products work with each other.

This seamless integration between Apple products has allowed the Cupertino giant to deter long-time Apple users from trying out gadgets from other OEMs. 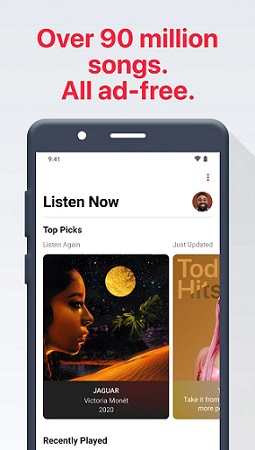 How’s that you might ask? Well, try using an Apple Watch with an Android smartphone. If that’s not enough, how about standard texting between an Android phone and an iPhone?

As you may realize, Apple doesn’t play well with others. But it’s certainly not perfect. And its Apple Music service sticks out like a sore thumb.

Compared to its biggest competitor, Apple Music lacks the continuity that Spotify Connect offers between devices. With Spotify Connect, you can remotely control media playback on other devices. Not just that, but you can also control the output device and the queue amongst other things.

So, as long as you’re signed in with your Spotify account on all devices, you basically have control over playback on every individual device.

Given Apple’s seamless ecosystem, one would expect Apple Music to offer the same functionality. But that’s not the case. For some reason, the company chooses not to give Apple Music the continuity Spotify users get with Connect.

One of the big features missing from Apple music right now is a feature like Spotify connect that allows you to select and control the music of an IOS device from another Apple device. Some of us want to enjoy lossless and high res apple music on our stereo systems with a DAC and are too lazy to get up and interact with the phone plugged in across the room.
Source

Spotify has this great feature that I truly miss in Apple Music where it doesn’t matter which device you start playing music on, every device is connected to the same account, and the network would allow you to control the same music, one queue and in mobile devices like the iPad or iPhone the controls even pop up on the lock screen if detects music is being played from another device
Source

This isn’t the only feature users have been requesting. Apple Music is also missing the crossfade feature that’s been requested for the longest time. For some reason, though, the Android version isn’t affected.

Apple recently even dropped the highly anticipated iOS 16 update. But to the disappointment of Apple Music users, even the new update didn’t introduce these features.

Perhaps Apple will consider including a continuity feature to match Spotify Connect in its Music app in a future iOS update. Or maybe even include it in any of the future iOS 16 ‘point’ updates.

We would like to know your thoughts on this, so be sure to take part in the poll below. The article will be updated after a week with the poll results.

Vote below & read our article on it here:https://t.co/eQpLdBPxYs

01:17 pm (IST): Poll results are out and while 75% of our readers believe that Apple should add a feature similar to Spotify connect in Apple Music, the rest 25% think otherwise.

In case you’ve missed our poll, you can still share your thoughts on the matter in our comments section below. iOS 16 keyboard haptic response weak or not working? You're not alone (potential workarounds inside)