Apple Music is one of the most popular music streaming services which is available on a bunch of platforms.

However, users of the Apple Music app on Android have been enjoying a feature since September 2020 whereas iOS users are yet to get the same.

It seems that Apple has forgotten about adding the crossfade feature to the Apple Music app on iOS devices.

As per multiple reports, iOS users have been asking for the crossfade feature even before it was added to the Android app.

It has been almost seven months since the Android app got the crossfade feature. However, there is no word on whether the crossfade support will be added to iOS or not.

Loyal iOS users are feeling left out because of the whole fiasco of the Android app getting crossfade.

Also, a user even said that Apple Music on Android supporting the crossfade function is a slap in the face for loyal iOS users.

It is only natural for iOS users to feel this way as a lot of third-party music streaming apps like Spotify also have the crossfade feature.

Moreover, the said function has been available on the Apple Music app for Macs since macOS Catalina and now macOS Big Sur.

An Apple Community specialist said that while the functionality is not yet available on the iOS app, users can share their feedback with Apple regarding the same.

It is, however, unclear whether or not the tech giant is going to consider such requests on the matter as users have been asking for the crossfade function for quite some time.

Hopefully, Apple looks into the matter and adds support for crossfade to the iOS app in the future.

05:23 pm (IST): Stable iOS 16 update has been released and disappointingly, Apple hasn’t yet added the cross-fade feature in Apple Music on the iOS app. 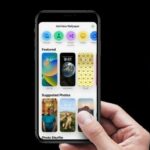 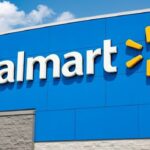 [Updated] Walmart items out of stock on app and website? You're not alone