So apparently Facebook Messenger is down…and people have been freaking out. Did you know that your phone can ALSO make phone calls to contact people? (Source)

So facebook messenger is down in case anyone was wondering… (Source) All three services Facebook, Whatsapp, and Instagram, are women as of writing this. For more details, head here.

Going by reports circulating on Twitter, Whatsapp, Facebook, YouTube, and Telegram are down in Pakistan. There are reports about Twitter not working as well. And if reports are to believe, the nation has apparently banned these social media platforms. More details here.

Many hundreds of reports within the past hour on Twitter suggest that Facebook, along with WhatsApp and Instagram, has been down for users across the globe. The social media giant ironically took to Twitter to confirm that a fix is underway.

We’re aware that some people are having trouble accessing our apps and products. We’re working to get things back to normal as quickly as possible, and we apologize for any inconvenience. (Source)

It seems like Instagram, Facebook and WhatsApp were down again for a few hours worldwide. The companies are now tweeting that they are slowly coming back online.

To the huge community of people and businesses around the world who depend on us: we’re sorry. We’ve been working hard to restore access to our apps and services and are happy to report they are coming back online now. Thank you for bearing with us.
(Source)

We’re now back and running at 100%. Thank you to everyone around the world today for your patience while our teams worked diligently to restore WhatsApp. We truly appreciate you and continue to be humbled by how much people and organizations rely on our app every day.
(Source)

Instagram is slowly but surely coming back now – thanks for dealing with us and sorry for the wait!
(Source)

In a public statement on the October 4 global outage, Facebook assures its users that no malicious activity was behind the incident.

Now, Facebook has come out to inform its users that its application was facing an outage a couple of hours ago. Moreover, the service has now been fully restored and everything is back to normal.

08:35 am (IST): Facebook is down and not working for many users across the globe as highlighted by a volley of reports on Twitter.

Guess I will hang out here because my Facebook is down. #facebookdown #ugh (Source)

There’s no official word on the outage yet. However, we’ll keep track of the situation and will post an update if and when there are any further developments.

09:30 am (IST): It seems that the recent issues with Facebook have been resolved as the number of reports on Downdetector and Twitter has declined. However, there are still some users reporting issues with the service.

03:55 pm (IST): Many Facebook users around the world are facing issues with the service. Earlier, many users were reporting that the login gateway was down. Now, it appears that people are getting a message saying ‘Facebook will be back soon’.

#facebookdown #metadown Does anyone else have maintenance issues? It tells me it’s in maintenance, then it connects me and I can’t disconnect anymore. (Source)

06:39 pm (IST): A report on Downdetector now suggests that the recent outage with Facebook has been resolved.

04:58 pm (IST): Many reports on Twitter suggest that Facebook is down and not working. Downdetector also indicates the same.

While Meta hasn’t acknowledged the problem, it’s likely that it’ll get fixed soon.

06:42 pm (IST): The recent outage with Facebook appears to have been resolved as there aren’t any fresh reports on Downdetector. 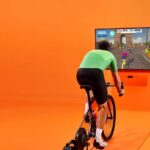