The Chromecast with Google TV is by far the best streaming device I’ve owned in the recent past. Admittedly, the modest pricing of $50 was the major selling point for me.

Couple this with the added companion remote, a new Google TV UI, support for 4K HDR, Dolby Vision, Dolby Atmos, 5.1 surround and even the added advantage of Google Stadia and I was quickly sold on the device.

I’ve had my gripes with the streamer over time, primarily the irregular software support. I’ve also decried the lack of a USB port for expandable storage and support for NFTS/exFAT file formats. 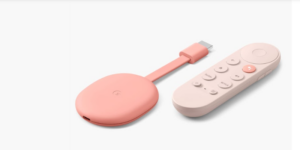 While I must admit that at first I was more pressed by Google’s poor software support for the Chromecast, things have changed recently for the better.

In fact, the Chromecast with Google TV just bagged a new software update that aims to free up storage space on the device and other Google TV-powered units.

The base OS remains unchanged, but I still hope to see the device bag a major Android TV OS update to at least Android 12, although this remains wishful thinking given the device’s onboard storage.

Speaking of storage, lately I’ve been struggling with yet another issue that I hardly saw coming when I purchased the device over a year ago. As I pen this, I have installed Netflix, Prime Video, Plex, SmartTube (a great YouTube alternative to kill ads) and its accompanying Downloader app, Spotify, Kodi, and My Family Cinema, just to name a few.

But a quick look into the Chromecast with Google TV’s settings reveals I have less than 1GB of available storage, yet I haven’t touched on the likes of HBO Max, Disney+, Hulu, YouTube TV, Shudder, Tidal, TuneIn, and so on.

With the device constantly running out of storage space, installing more apps is becoming a problem for me unless I uninstall existing apps to create room. It becomes even more annoying when doing software updates.

At one point I had to delete apps in order to create room for a new system update that Google had just pushed, something that can be quite annoying. And turns out I ain’t alone on this.

But with the recent update for Chromecast and other Google TV devices, the company seemingly admitted that storage is indeed limited. To mitigate this shortcoming, Google included some new software tricks to free up storage.

A great gesture no doubt, but these tricks will only help cut the number of times users get low storage error messages. However, they can’t simply replace having more internal storage space on the device.

With the growing number of apps that we use to stream movies, music and other services, the available 4.4GB storage on the Chromecast with Google TV (out of 8GB) isn’t just enough to install all apps one may want.

And with Google reportedly looking to push into big screen experience with free channels and integration of wearables for Google TV users, more people will want to rely on the Chromecast to fully power their streaming experience.

This calls for more storage on these devices to accommodate the many apps available for Google TV, which now stand at 10,000. I’ve explored relegating the Chromecast to my secondary streamer due to the limited room to install all the apps I want to use. But with more internal storage, Google TV devices may stand a chance against the Shield TV and Apple TV.

There have been rumors of a new-gen Chromecast with Google TV device in the making, and while there’s nothing official out there, my wish would be to see at least double the storage available on the current-gen Chromecast.

Also, most Google TV-powered smart TVs have 8GB internal storage, apart from a select few that have up to 32GB, which is also not enough in today’s demanding world.

Granted, not just Google, but also other Google TV manufacturers need to up their internal storage if Google’s push into the big screens is to be taken seriously. And it’s refreshing to already see an active push for this change.

Do let us know your thoughts in the comments section. As for the Twitter poll below, the results will be updated after a week.

What should be the least storage amount on Chromecast & other Google TV devices?

Vote below & read our opinion here:https://t.co/Yqzhn3eQX4

From the results, over 66% of our readers believe 32GB should be the minimum storage while just above 33% are fine with 16GB. No one wants to see 8GB storage on any Google TV device, which is totally understandable. 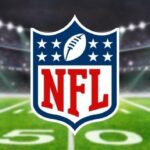