The Chromecast with Google TV has been my default streaming device for the past year or so. I’ve loved the experience, especially Google TV recommendations that keep getting better as you watch more content.

Not everyone’s a fan, though. Quite a good number out there that’d appreciate a toggle to disable Google TV UI, although that’s unlikely to happen.

The Watchlist is also another great function, but the remote is what makes it stand out from previous-gen Chromecast dongles. Not only does it support universal control, but also accepts Google Assistant commands. Like many other Google products, software makes the latest Chromecast the best in its class. But I must admit it’s one of the few Google products that enjoys pretty underwhelming software support.

The Chromecast lineup has a history of inconsistent software updates, unlike their Pixel counterparts that have a distinct software support plan.

No one knows when the next update will arrive, and when it lands, it’s often old. For instance, the most recent Chromecast with Google TV update arrived last December and brought October 2021 security patch.

Three months later, the device hasn’t received further updates. Again, no one knows when it will roll out, which is not the software experience you expect when signing up for Google products.

Traditionally, Google isn’t known for its hardware. It’s the quality of software experience on these gadgets that makes Google stand out, but lately things haven’t been the same. Not even for the latest Pixel 6.

For a device with apps that store personal user information, at least having access to regular security patches should be the bare minimum. But for nearly two years, the 4th-gen Chromecast has bagged less than five updates.

The base Android TV 10 OS remains unchanged since debut. This is despite the release of both Android 11 and Android 12 for TV. The former OS is already available on the Shield TV, but not without its share of issues.

Given the catastrophe that was Android 11 update for the Shield TV, a company that knows its way around Android TV updates, I’d hate if the same happened to my Chromecast if Google elects to upgrade it to Android 11 .

Of course, Google might handle things differently and push a less-buggy update. However, Google shouldn’t be playing catch-up to third-party vendors when it comes to software updates.

It’s probably already happening with Pixel phones, with Samsung having stepped up its game in recent times, even offering longer software support of up to five years compared to Google’s four years. Rather than risk falling further behind, Google needs to re-emerge from the shadows and reclaim its glory as the best in class when it comes to software development and updates.

Samsung is already a big threat on the smartphone front. And Google cannot afford to let its hold on Android TV slip away, especially since there’s basically one device to upgrade.

What better way to make a statement other than upgrading the Chromecast with Google TV straight to Android 12? NVIDIA did skip from Android 9 to 11 in the most recent Shield TV major TV upgrade, and Google can do it as well.

The Chromecast skipping from Android 10 to 12 TV OS would not only be a statement update from Google, but also a reminder to NVIDIA who’s the boss. Of course, NVIDIA still takes the crown when it comes to the support window.

Rather than play second-fiddle to NVIDIA and push Android 11 to the 4th-gen Chromecast, an OS that is now considered old, Google has the chance to outshine the Shield. Quite a tough row to hoe for Google, but worth it.

The good thing is that Google recently revealed Android 12 will be made available for eligible TVs beginning later this year. While the Chromecast isn’t a TV by any means, this gives me some hope.

With Android 12, eligible units should get support for 4K UI on TV apps, refresh rate switching, and text scaling, among other features. My hope is that Chromecast with Google TV benefits from this update too.

Let us know your thoughts throough the poll below or in the comments section at the bottom.

[POLL] Should Google skip to Android 12 for the Chromecast with Google TV's first major OS upgrade?

**NOTE:** This article will be updated after a week with poll results.

The results for the poll are out, with a clear majority (over 82%) agreeing that Google should skip to Android 12 for the Chromecast with Google TV’s first major OS upgrade. The other two options got 8.7% votes each.

In case you missed the poll, you are still welcome to share your thoughts in the comments section at the bottom of this page.

11:33 am (IST): Chromecast with Google TV has been spotted on Geekbench running Android 12. This means that Google may soon start the stable rollout for this device. More on that here. 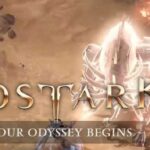 Lost Ark 'character customization presets' not working or deleted, issue being looked into 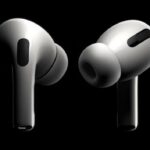