Just like smartphones, personal assistants like Siri and Google Assistant have become an integral part of our lives. As much as we would hate to admit, at times, many of us take out our phones just to talk to AI-powered voice assistants.

That being said, Google Assistant is one of the most popular voice assistant used by millions worldwide. It is deeply integrated with Android whereas the iOS version is available as a standalone app. But as is the case with the majority of apps, issues such as many being unable to send messages with Telegram and Assistant not responding to voice commands have affected user experience in the last few months.

And according to recent reports from those who use Google Assistant, it looks like the shopping list 3rd-party app integration is not working. Users say that the app only refers to the in-app list, and ignores apps like Google Keep, Any. Do and others.

Moreover, many are saying that whenever they try to add an item to the list, instead of adding the item users want to, it searches for a recipe.

As it turns out, the Google Assistant shopping list is also missing the ‘Sort by category’ option, with a few unable to add or remove items from their list. Generic troubleshooting like clearing data, cache, and reinstalling the app makes no difference.

Since a few days ago Google Assistant will not work with third-party notes and shopping list apps. Bring!, AnyDo, even Google Keep is not recognized as the standard shopping list. Google keeps linking to the original assistant list. When I try to add an item (groceries) Google assistant searches for a recipe. I have read about other Bring! users experiencing this, but since none of the other third party apps seem to work, this is most likely a bug on Google assistants side.
(Source)

The last few weeks when trying to add items to my shopping list, my Google hub 2 shows me recipes. When ik look at the screen i see in the top bar That Google registers what I am saying properly, it just doesn’t add it to my list but opens random recipes. Sometimes I need to change the spoken word and it works. For instance: i say add coffee milk tot shopping list, i get a recipe when i say add powder milk to shopping list it works. This is a really annoying recent change. Hope other people are experiencing the same thing and it’s not just me. Am using Google home on language Netherlands.
(Source)

While users have reported a bunch of issues with the feature, a Diamond Product Expert on the Community forum has escalated the issue where Google Assistant shopping list 3rd-party app integration is not working to the concerned team.

Your issue has been escalated to the Google product team for further investigation.
(Source)

We hope Google takes a look at the other issues as well and fixes them as soon as possible since the shopping list is used by many on a daily basis. If and when they do, we will let you know so stay tuned for updates.

05:16 pm (IST): According to some users, the shopping list 3rd-party app integration not working issue has been resolved.

01:21 pm (IST): Fresh user reports (1, 2, 3) suggest that the issue with the Shopping list is still not resolved. However, it has now been escalated to the development team for further investigation. 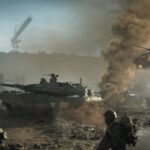 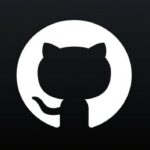 [Updated] GitHub down or not working? You're not alone