Microsoft Flight Simulator is undoubtedly one of the best-looking video games available right now. The game is developed by Asobo Studio and published by Xbox Game Studios. Praised by both critiques and players alike, Microsoft successfully recreated the entire topography of earth in Flight Simulator. The in-game weather even simulates the real-world conditions of that place.

The frequent updates resulted in players facing issues such as the Premium Deluxe Edition not showing up on the Xbox and mapping issues with Thrustmaster T.Flight HOTAS One.

Recently, Microsoft released another update to the game with players experiencing loading & crashing issues. Players say that the map does not load causing the game to get stuck infinitely on the loading screen.

Just wanted to ask everyone whether they are also seeing long delays on the initial MSFS startup – before even reaching the main page where one chooses aircraft, airport, etc. I am seeing long, sometimes infinite, delays before reaching the start page/menus. This started with SU6. Before that, my system took maybe 3 minutes to reach the main start page. Now, it sometimes takes 2 or 3 minutes, other times (most of the time now) it can run to 15 or 20 minutes or longer. Sometimes, it eventually gets there. Other times, I give up and close MSFS.
(Source)

Yesterday evening I had exactly the same problem. Very long loading time to reach even the start menu. Then selecting FbW A320N, and starting airport ESNS (Orbx), and then click FLY. Then the loading screen again took about 15 minutes (maybe more) and CTD. Tried it over and over again, but only got long loading screens…
(Source)

While some said that the arose after the Sim Update 6, others were quick to blame community mods and add-ons for the crashes. But players experienced the same set of issues when running the game in safe mode where all community folders are disabled, indicating it is not a bug from their end.

Excatly some airports load some don’t even some discovery flights are not loading for example paris new york Just testedd them in safe mode same issue!!
(Source)

The developers are yet to acknowledge the issue. Having said that, players also reported an issue with the Live Weather.

Live weather (clouds) not working for me here in Sydney Australia. Seems this was first reported more than one hour ago, would be nice if they could acknowledge there is an issue with at least a bar at the top of the forum…
(Source)

So I’m not able to get either atm. Live weather is completely down. THere’s no weather shown on the world map, and even if I pick an area where there’s known storm conditions, I’m seeing clear skies. Anyone else seeing this?
(Source)

Thankfully, the developers seem to be aware of the Live Weather not working issue with a Flight Simulator Community Manager confirming the same.

The team is aware of reports that Live Weather and possibly other online systems are not working correctly. We are currently investigating and will post an update as soon as we have more information.
(Source)

When Asobo Studio fixes the crashing and loading issue along with the Live Weather, we will post an update so make sure you keep checking this space.

5:52 pm (IST): The Live Weather not working issue has been resolved, confirms a Community Manager from the game’s support forums.

11:21 am (IST): Microsoft Flight Simulator support now confirms that there is an issue with the Live Weather and reports that they’re working on it.

Luckily, the support team has acknowledged this issue and they are currently investigating it. In the meantime, you can also try out the workaround suggested by one of those affected and see if it works. 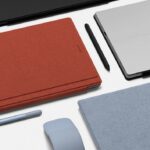