Microsoft Flight Simulator 2020 is among the most popular amateur flight simulation programs. It has been available on Xbox Series X/S since July 2021.

While Flight Simulator has a pretty decent user base, those using Thrustmaster T.Flight HOTAS One on Xbox have been facing some issues. As per several reports, Xbox users with the Thrustmaster T.Flight HOTAS One joystick have been facing mapping issues in Microsoft Flight Simulator.

Basically, users are unable to manually map the joystick as per their requirement as the keys are being mapped incorrectly.

This has been inconveniencing Xbox users with the T.Flight HOTAS One joystick for quite some time now. Also, the recent Flight Simulator Development Update did not address the problem.

I’m on Xbox series X. I understand how to map certain buttons to what I want in the menu of flight simulator. But when I try to do map buttons it just defaults to a button I didn’t even press lol. Also. What is JOYSTICK L – AXIS 5 + or -. Also there’s joystick L axis 1 to 16. And what are the joystick buttons? They go all the way up to 78. I’ve looked online and on YouTube and this is driving me insane. I keep having to switch between the controller and hotas while I’m flying. Thank you
Source

MSFS knows your using the controller but the buttons it tells you to click (A) for example is not A.

Then when you try and remap the controls and use the F2 key it detects it as another button all together.
Source

According to Thrustmaster support, the mapping issues with the T.Flight HOTAS One joystick are known to the developer since the Microsoft Flight Simulator came out on Xbox.

While no ETA for a fix regarding this problem has been provided, there is a temporary workaround to fix mapping accuracy.

It seems making the key assignment via scanning instead of using the drop-down allows accurate mapping, however, the display will still be incorrect.

While a proper fix for the mapping issues in Microsoft Flight Simulator is still required, this workaround can surely be of some relief to affected Xbox users with Thrustmaster T.Flight HOTAS One.

Hopefully, the game developer soon fixes the mapping issues so that Xbox users can configure the joystick without any hassle. 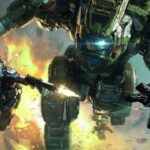 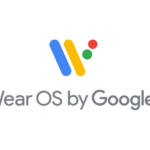