What makes TikTok 'Spa Water' culturally misappropriate? Read all about it here

TikTok is undoubtedly a hub of everything new and trendy, dangerous and fun. And this time, TikTok’s Spa Water is making all the headlines.

It’s not been long since TikTok’s Pink sauce found itself surrounded by controversies. It seems Spa Water was also originated to meet a similar fate.

Gracie Norton is the person behind the viral TikTok ‘Spa Water’.

She recently took to TikTok to share a drink that is a blend of lemon and cucumbers. She claimed that the drink has many benefits including hydration and anti-inflammatory properties.

The drink was named Spa water. However, it wasn’t Gracie’s original revelation.

It is originally a Mexican drink called Agua Fresca in Spanish which means cool water.

This caused an immediate stir on TikTok and Twitter. It was alleged by many people (especially Latinos) that white people are gentrifying Mexican Agua Fresca.

This is the difference between cultural appropriation and appreciation. If you want to appreciate this culture, share it, share where it came from, call it by its name. Don’t give it your own white name that you decided it feels like you should put on it. Give credit where credit is due.

Another user posted the following video on TikTok:

The entire controversy eventually led to Gracie deleting her TikTok Spa Water series. Due to the consistent backlash, her TiKTok account was also banned.

Later, Gracie took to Instagram and issued an apology to those she “offended.”

I sincerely apologize to the Latin community and those of you that I have offended. 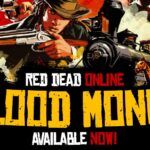