[Updated] An enigmatic Pink Sauce is raising people's suspicion on TikTok: Read all about it here

If you’re bored of your predictable Tomato sauce, Barbecue sauce or your regular Hot sauce, then worry not! There’s a new Pink Sauce in the market now.

Pink Sauce caught many people’s attention when it was first spotted in a TikTok video on Chef Pii‘s account.

In no time, this peculiar pink sauce became a sensation. Ever since, it’s been trending on TikTok under a viral hashtag, #Pinksauce.

This hashtag has already generated 72 million views and still counting.

What makes it different?

It seemingly looks like any other dipping sauce like Mayonnaise or Ketchup except it comes in a bright pink color.

Chef Pii describes its taste as ‘sweet, spicy and tangy’ and is fashioned to be savored with almost everything.

In one of her initial videos, Chef Pii eats her Pink sauce with cucumbers, chicken and Ramen. Check out the video below:

So, Chef Pii’s sauce makes quite a statement because of its bold color. It’s probably something that ignited people’s interest in the first place.

As soon as pink sauce caught people’s attention, their reviews started pouring in.

So far, the sauce is getting mixed reviews. For some:

It’s a tasty dipping sauce!! to describe the taste, its tangy, sweet, and has a kick as well. it kinds reminds me of sweet and sour sauce but a different spin on it. pink is my favorite color so im already a fan.
Source

While others are just apprehensive about buying a “random sauce” online:

There are also some who don’t quite understand the hype around the sauce and note that the shade of pink seems to change with every bottle.

It’s primarily because of the misleading ingredients. Here’s what a Twitter user pointed out:

A TikTok user just wants Chef Pii to get a license in order to clear the air surrounding the infamous sauce:

I’m genuinely rooting for her to obtain a license, fix the labels, correct any errors and then sell out – legally.
Source

Nevertheless, this sauce seems to be a hit amongst kids already. Check out the video below:

We can really hope the Pink Sauce keeps people in the pink of their health.

That said, we’ll be keeping tabs on how this condiment performs in the coming days in order to keep you updated.

11:25 AM (IST): Controversial Pink sauce has now spawned severe backlash from many for its inconsistent color, safety standards and lack of refrigeration during the delivery-transit process.

People have criticized Chef Pii for misleading people for misspelled ingredients, food safety protocols and even questioned the authenticity of her recipe. A person even claimed that when they received the product it smelled “rotten”.

Some people also called out Chef Pii for not disclosing the actual ingredients and taste. Since, the product has honey and garlic in it, it is bound to go rancid over time, thus causing botulism.

Botulism is a rare but fatal medical condition caused by toxins produced by a bacteria. It can also lead to paralysis and improper movement of facial muscles.

So, following are the reports from some of the users:

I bought that Pink Sauce and it gave me diarrhea. I bought some other pink sauce to cure my diarrhea. Modern problems require modern solutions. If you don't know what Pink Sauce is don't @ me boomer. #pinksauce #FDA #Pebtobismol pic.twitter.com/9RtI20AzM3

People are buying unrefrigerated “pink sauce” with no preservatives from a stranger on TikTok and are shocked when they get sick? 🤔
Source

I love the #pinksauce saga. Americans buying goo from a lady who mixes it at home, in Florida, in the middle of summer, with zero quality control, that has milk, vinegar and who know what else. Shipped in a plastic bag in regular mail. But won’t get vaccinated…
Source

After the prolonged criticism regarding FDA approval, Chef Pii decided to broke the silence and clear the air surrounding the mysteriousness of Pink sauce.

She said, “We are following FDA standards, however. We are currently in lab testing. I’m a passionate person, but I’m listening to y’all.” 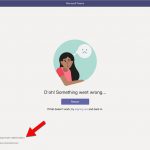 [Updated] Adopt Me game down, not working, or allowing players to login, issue acknowledged