OnePlus is one of those companies that started off by making flagship killer devices at affordable prices. Another reason developers and users like OnePlus phones are OxygenOS.

But, like all other skins, OxygenOS has had its fair share of problems. Last year, OnePlus 8 and 8 Pro users reported massive battery drain after updating to OxygenOS 11 based on Android 11.

OnePlus Nord users also jumped in on the bandwagon and reported similar battery drain issues on their devices. The battery drain seems to be affecting OnePlus 7 and 7 Pro users running OxygenOS 10 as well.

While it is normal for a phone to drain battery right after an Android update, many say that the issue persists months after they updated their phones.

It looks like OnePlus never bothered to fix the issue with OnePlus 9/9 Pro, OnePlus 8/8 Pro, and OnePlus Nord users now reporting that their phone barely lasts a day thanks to the constant battery drain.

I have 2%/h battery drain on idle while my brother’s Xiaomi 10T has 0,4-0,3%/h and so does my Samsung Tab S7. I barely get 4,5h SOT… My OnePlus Nord 2 is brand new (bought like 1 month ago) and that’s what accubattery says. Besides, it says 93% health on the battery (considering accubattery only recognises 1 out of the 2 batteries this phone has).Tha main issue is that kind of drain on idle. I don’t use my phone a lot, so losing that much battery when doing nothing is really a problem for me. Hope someone can help. Have a nice afternoon you all.
(Source)

So I’ve been using my Nord 2 for a few months and I’ve noticed that standby uses an unproportionate amount of battery charge. As an example: Today the battery went down 7% over night with the phone in flight mode, WiFi/NFC/Bluetooth disabled, no ambient display and all apps closed. As a comparison: My 4+ years old previous phone (cheaper than the Nord 2 btw) looses about 3% battery under the same conditions. What’s going on there? My phone is quite new and it should be doing almost nothing in this time, how can it use so much battery?
(Source)

Some are saying that the Reddit app is causing the battery drain, while others who don’t have Reddit installed say they are affected as well.

It looks like OxygenOS 11 has a wake lock that keeps the phone awake even when the screen is off, but we cannot say anything for certain.

Moreover, since OnePlus is yet to say anything on the matter, it still remains unknown if users are at fault or there is some issue with OxygenOS itself.

According to reports, OnePlus 9 series users are experiencing battery drain, low performance and overheating issues (1, 2, 3, 4, 5, 6). Even the benchmark results are lower than before (1, 2). 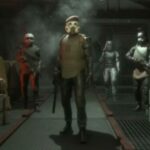 [Updated] Fortnite 'audio resets to 0' or 'sound not working' issue on Xbox, PlayStation & PC after v21.20 update comes to light