While Google acquired Nest in 2014 for a whopping $3.2 billion, the tech giant integrated the smart home brand into the Google Home division in May of 2019.

That said, they recently updated the two most popular devices in the Nest ecosystem – the Nest Cam and the Nest Doorbell. The latest devices also marks the discontinuation of the old Nest app in favor of Google Home. However, users have complained about several bugs and issues such as the Talk and Listen volume on Nest Camera and Doorbell being too low and the lack of ability to turn off notifications for family members.

Adding to the trouble, iOS users who own the Nest Cam and Doorbell are complaining that the video feed is constantly buffering or freezing after the latest app update (1,2,3,4,5).

Many say the problem is making the app completely useless for them since they are unable to watch video events.

Hello all! So, I’ve seen plenty of posts about the most recent APP update that has now messed up our cameras. I am constantly having to force quit the app and reopen so I can view my camera. It continues to buffer / freeze. And I have tried every single recommended fix you guys have said, you’ve even sent me a NEW camera to “fix” it. It worked one day and reverted back. I sent screen shots of my connection speeds etc. so it is not that. So what will next do to fix this issue? I have 5 cameras that are in-operable. Thank you.
(Source)

whenever i get a notification about, for example, my living room camera, i pull up the notification and the video just never loads. the spinner just spins and spins and spins. i can pull up the live feed with no issue, but i cannot for the life of me get the clips i get notifications about to load. it’s to the point where i am starting to ignore the notifications which completely defeats the purpose of these “smart” cameras. i’m about to throw them all out and buy a different brand. is there anything i can do to resolve this on my end?
(Source)

With reports dating back to two weeks, it looks like the issue has been affecting users for quite some time. Unfortunately, the developers at Google are yet to officially comment on the matter.

We hope they take a look at the problem where the Nest Cam and Doorbell video keeps freezing or constantly buffers for iOS users and fix it at the earliest.

12:45 pm (IST): A community specialist on the Google Nest community has informed users that this issue has been resolved in the Nest app 5.68.1 update on iOS. 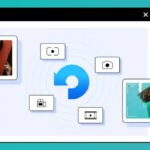