Spotify is the most popular audio streaming platform with over 422 million monthly active users.

But it has had its fair share of issues in the past such as the progress bar stuttering or freezing on desktop app and the missing ‘download audio quality’ options for some iOS users.

That said, Spotify users are currently facing a new issue where the ‘Liked Songs’ playlist is empty or disappeared on the desktop and mobile app (1,2,3).

We’ve added a few reports from users below for reference:

I recently logged out of my computer’s Spotify app and relogged back in and now there are no liked songs anymore yet I check my phone and they are all there. I tried also playing a song on my computer and my phone at the same time and usually they sync and now they aren’t even though I’ve allowed local connections so it should.
Source

For whatever reason, I can not see my liked songs on the android app. When I click on the playlist, it just comes up blank. I’ve tried restarting my phone, the app, reinstalling the app, clearing cache, but nothing seems to work. I can open other playlists, but my liked songs refuses to work. Does anyone know what could be causing this problem?
Source

Reports from affected users indicate that basic troubleshooting steps such as reinstalling the app also do not fix the problem.

This means that users may have to wait for a fix from Spotify.

Luckily, the Spotify team is already aware of the empty ‘Liked Songs’ playlist glitch and is investigating it. But there are no details of an ETA for a fix yet.

As we’re currently investigating the causes for this issue, could you help us out by sharing the following information after performing a clean reinstall of the desktop app as described here:

– the operating system of your desktop PC

– the Spotify version you have installed on your desktop and

– if it is a Windows PC, are you using the Microsoft Store version of the app or the one from the Spotify site?
Source

Apart from confirming that a fix is in the works, the team is also asking users to share a few details in order to find the root cause of the problem.

As always, we will be updating this article when a fix is out so keep checking this space. In the meantime, check out our Spotify bugs and issues tracker to see similar problems affecting users.

Note: We have more such stories in our dedicated Spotify section so be sure to follow them as well. 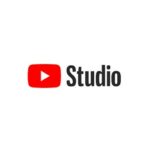