COD: Warzone is essentially a battle-royale game. However, it offers multiple modes to add variety to matches.

‘Plunder Mode’ is one of the favorite aspects of COD: Warzone players. In fact, many have suggested that the game mode should be permanently available.

However, currently, COD: Warzone Plunder Mode players are not happy with the new spawn zone on Storage Town.

According to reports, there are mainly two issues related to COD: Warzone Plunder Mode spawn zone on Storage Town.

First, there is no invulnerability to damage while the player is parachuting from the sky into the zone.

For those who don’t know, players spawn in the area by jumping out of a plane and opening a parachute. But, players on the ground are taking advantage of this to kill their opponents before they even hit the ground.

Is it just me or the storage location is just bad for plunder. from my experience everytine i spawn. Its below the mountain. For some reason tactical insertion is not working . and there are campers waiting in mountains for ppl respawning
Source

As title says. I can’t even really play around in Storage Town I’m literally fighting on the edge of it on the hills because the spawns/design choice of putting storage town on top of a big hill was somehow a good idea.. Everyone just spawn camps each other, shooting eachother out of the sky.
Source

The second reported issue is the distance between the spawn area and Storage Town. Apparently, players always spawn behind a mountain too far from the area where it would be best to land.

As we all know, storage town is back in caldera. The people who have landed there even once know that whenever you die, for some reason you go behind a mountain near village and its very hard to get back to storage town.
Source

Workarounds to modify the spawn zone

If you are among the players unhappy with the situation, there are some workarounds that allow you to change the spawn zone. The workarounds consist of forcing the death of your character:

Step 1: Equip Molotov Cocktail. Step 2: Land in the middle of village. (Somewhere close to the small river in village.) And try not to go too far west or east. Step 3: Throw the Molotov Cocktail on yourself and die.

If this has worked correctly, you have either spawned close to or directly on storage town. (By directly I mean literally on top if storage town.
Source

There is no word yet on player complaints from COD: Warzone developers. We will update this story as events unfold. 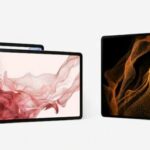