Call of Duty is one of the popular FPS video game franchises by Activision introduced in 2003. Since its initial release, we have seen various video games in this series including Call of Duty 2, COD: Modern Warfare, and COD: Finest Hour.

Also among them, COD: Warzone, is another popular video game released in March 2020. It is a free-to-play battle royale game available on different gaming platforms including PlayStation 5, Xbox, and Windows.

This multiplayer video game has several game modes to play in and among these ‘Warzone Plunder’ is a popular one where gamers need to collect cash rather than kills. And the player with maximum cash at the end wins.

But lately, many players of COD: Warzone are reporting (1, 2, 3) that this mode has been removed from the game. As per reports, gamers trying to play Warzone Plunder can’t even find it in the playlist.

@RavenSoftware @Activision I’m a loyal COD fan and i play a lot of #Warzone. But being a not so young man, my reflexes cant keep up with many players in game modes like Resurgence and BR. So Plunder is, for me and many others, a sweet spot. Please bring it back. (Source)

Why oh why do you remove plunder? Don’t you have figures for how many play it and how many stop playing when you remove it? Why is there never a response from some sort of customer relations? (Source)

Well, this is not happening for the first time. Many other players have also reported this same issue several times in the past.

Just last month, Warzone Plunder mode was removed after Season 5 Reloaded patch and was out of the playlist for three weeks.

After getting disappointed with Warzone Plunder gone again, gamers then approached Raven Software asking them to bring it back to the game.

I definitely prefer Plunder to either of those two. Hope they don’t remove it all together. (Source)

Meanwhile, Raven Software has not yet acknowledged this issue and we still wait for a reason as to why this mode has suddenly been removed from the playlist.

It is still not known why Raven Software keeps removing Warzone Plunder from the playlist yet other game modes are available as usual.

We hope that devs once again add back Plunder mode in COD: Warzone and fix this thing permanently so that players won’t get bothered again and again over the same cause.

04:22 pm (IST): Raven Software has introduced a limited Plunder mode with a Bloody money twist where player count has increased to 120.

Moreover, money dropped for kills has also increased and players will now require $5,000,000 to win a match. 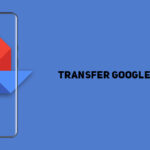 Here's how to transfer Google Photos to another account