Google Photos vs OneDrive: Which is the best cloud backup solution?

Cloud backup services let users organize media and store a copy in case the original data is compromised. Google Photos has dominated the competition for media backup, AI search features, and editing for quite some time now.

However, the situation took a turn when the company announced that it would no longer offer unlimited storage space.

Several users searched for an alternative, and OneDrive is a name that emerged as one of the fierce competitors.

Microsoft OneDrive is a complete cloud storage solution that will let you create photo galleries and manage smart folders, and it has recently incorporated editing tools.

The Google Photos vs OneDrive debate is a tough one. The major question bothering many users is which platform is better and can be relied on as the ideal media backup companion. This article aims to guide you through a few points and help you reach a better conclusion.

Google Photos and OneDrive offer cross-platform support. Microsoft’s product is available on multiple platforms, including Windows, iOS, Android, Web, and Mac, as you can access the same app everywhere.

Google Photos, on the other hand, only offers dedicated apps for iOS and Android. For Mac and Windows, you’ll have to rely on the web version.

The OneDrive gallery section is also integrated directly with the Photos app on Windows, while Google doesn’t provide such integration features. Both also offer widgets across Android and iOS; thus, there isn’t much to compete here.

Regarding the user interface, both platforms carry the material design theme guidelines. For efficient navigation, you get a handy bottom bar, and they also support the dark theme.

OneDrive also provides a personal vault in the app, letting users store sensitive and important files. It is secured by a two-step verification and auto-locking feature and requires biometrics for successful access.

The AI-powered search feature of Google Photos is a definite edge for the platform, and OneDrive’s auto-tags feature doesn’t match Google’s powerful AI, which is a major differentiating factor.

Google Photos gets an edge in this category with its robust image editing features. It offers plenty of basic and a few advanced editing options. The auto-generated suggestions and filters are some of its standout attributes.

This concludes our article, and Google Photos is a clear winner due to its amazing editing and security features but yes it lacks in compatibility as compared to OneDrive. Here's how to use Google Lens in Google Photos 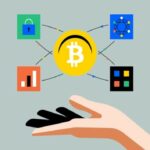 Coinbase 'Connection trouble' issue on app & website gets acknowledged, but no ETA for fix

I am a technophile, writer, YouTuber, and SEO analyst who is insane about tech and enjoys experimenting with numerous devices. An engineer by degree but a writer from the heart.