Recently, Google Pixel users received the June update for their devices. According to reports, this update brought some issues that require a quick fix.

However, there are some issues that users have been facing since before the June update. For instance, the erratic behavior of volume control.

For several weeks now, some Google Pixel devices volume has been automatically turning itself down or getting lower, with no apparent explanation (1, 2, 3, 4, 5, 6, 7, 8, 9).

Currently, some Google Pixel devices volume control is not working properly. While there are many reports that surfaced after the June update, there are also similar reports since May.

In most cases, the bug causes the Google Pixel device volume to turning itself down or getting lower while the user is enjoying multimedia content. The reduction in volume is usually around 20%.

Media volume will automatically lower itself

I’ll be listening to Spotify while showering and all of a sudden the volume of my music will just drop to 3/4 rather than full. I’ve had a look on the setting and can’t see anything relating to this? Is this a feature to protect the speakers or is this a bug? Either way how do I go about fixing this?
Source

Volume keeps turning itself down

I have a new Pixel 6 and every time I set my volume to 100% it will randomly turn itself down to about 75%. This happens on the phone’s speakers. Sometimes, it will be 10 minutes before it turns itself down, sometimes 1 minute. I do not use any type of headphones.

When I go to bed, I listen to sleep sounds to help me fall asleep, but every time the volume turns itself down, it jolts me back awake again. It’s very frustrating!
Source

For some users, the issue disappears by turning off the ‘adaptive sound’ option from system settings. However, the option is only available on the Google Pixel 6 series.

I stopped having the issue since turning off adaptive sound.
Source

There are some cases where Google Pixel users feel that the volume of their devices was greatly reduced after the June update.

In those cases, the volume is not lowering while the user is enjoying multimedia content, but the device’s maximum volume seems ‘capped’ after the update.

I used to get by with the volume slider at around 80% for calls and 65% for bluetooth media during normal usage (both figures are eyeballed so not the most accurate). But after the update I find they’re both a tad too soft even when the slider is at max.
Source

The problem reportedly affects wireless transmissions (audio/video). So, it is more noticeable when using Bluetooth headsets or when doing screen casting.

When i share my screen (Google Pixel 6) to watch a movie or youtube videos with my girlfriend (which also has Google Pixel 4), i get very low media volume even at max level. What’s odd, increasing call volume increases media volume which is weird, but i never had this problem with my old Galaxy S21.
Source

There is no official acknowledgment on the issue from Google team yet. We will update this story as events unfold. 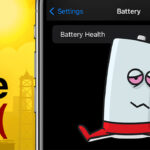 Here's how to save your iPhone battery health in 2022 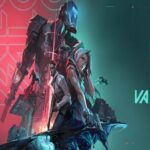 [Update: Stuck on black screen] Valorant players complain about getting stuck on loading screen, no fix in sight