Google Pixel Bluetooth issues (not working, audio delay or connects but no sound) after June update surface, workarounds inside

One of the main advantages of Google Pixel phones is their software support with continuous updates. Pixel phones users usually receive monthly updates with bug fixes and new features.

After the June update, some Google Pixel users are facing Bluetooth issues like audio delay or no sound at all (1, 2, 3, 4, 5).

According to multiple reports, some Google Pixel users are unable to use their Bluetooth headphones to enjoy music or videos.

It seems that the Bluetooth headphone connects without any problem to the Google Pixel device, but there is no sound at all.

My tozo t12 Bluetooth earbuds are not working right after the update. Tried to reset Bluetooth, the earbuds, forgot And repaired. Pairing is fine but when I go to play music/videos/sound…nothing comes out of the earbuds, volume is maxed, still no sounds, Zero issues with earbuds prior to update. How to a roll back the update?
Source

Bluetooth connects but no sound.

I have Tozo T12 that will connect my Pixel 6 Pro but no sound. I have reset network settings and the earbuds, cleared the cache and storage in the Bluetooth app. I don’t think the earbuds are the problem because they work fine with my wife’s Pixel 6 which hasn’t been updated yet. The last time the T12’s worked on my Pixel 6 Pro was before the June update.
Source

Some users suggest that the issue could be caused by cheap headsets incompatibility with certain new Bluetooth protocols or drivers introduced by the Google Pixel June update.

Apparently, the problem appears when the option ‘HD Audio: AAC’ is active. So, disabling the option works as a workaround, although it negatively affects the audio quality.

I had the same issue after the June update. I was able to fix my issue by going into the Bluetooth settings and turning off “HD Audio”. After that my volume quit working until I disconnected and reconnected my ear buds.
Source

If the above workaround doesn’t work for you, some users resolved the problem by hard-resetting their Google Pixel phones.

Some users are facing the Bluetooth problems in another way. In these cases, they are able to hear audio through a Bluetooth headset connected to their Google Pixel devices, but there is a noticeable audio delay (of about 2 seconds).

The issue is especially noticeable when users watch videos or movies.

Ever since the June update my galaxy buds+ have had very bad audio delay, on everything.

There doesn’t seem to be any workaround to mitigate or resolve this second issue. There is also no official acknowledgment from Google for any of the problems described above yet.

[Update: July 15] Spotify down and not working for many, throws error 504 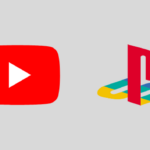