Released a few weeks ago, Vampire: The Masquerade – Bloodhunt is the latest game in the Battle Royale niche. Developed and published by SharkMob, the free-to-play title is part of the World of Darkness series.

Set in the city of Prague, players have to fight their way through other players and entities who are set on killing vampires. It is a great alternative for those looking to play something different. But as is the case with the majority of recently released games, issues with adding or inviting friends and the infinite loading screen bug after finishing a match, among others, have ruined the gameplay experience for some.

The developers recently added a ranked matchmaking system to Bloodhunt. Similar to Apex Legends, the ranked system is based on RP with players requiring a certain amount of RP to enter a ranked match.

Having said that, Bloodhunt players are asking developers to add duos and trios to ranked gameplay. Many say they are tired of playing solo and want to play the game with their friends (1,2,3,4,5).

Would there be any ranked duos/trios coming soon? Also would there be any new characters releasing? Love this game so much and cant wait to see how it develops. Am sure it will change how the industry thinks about games!
(Source)

Add ranked trio’s even if it means ranked solo’s needs to go.
Ranked Trio’s is much more viable for a competitive scene that people with watch and grind on. I like solo ranked but its very slow once you get past the first few min as you have a bunch of hiding rats normally. Trio’s has much more diversity in terms of meta shaping comps and such.
(Source)

Fortunately, a Bloodhunt Steam community moderator shed some light on the matter and said the developers currently have no plans to add duos or trios to ranked.

Hello Akimaki, Thank you for telling us that you would like to play duos/trios in the Ranked mode. We are all ears, and I would like to assure you that listening to the voice of our community is very important for the further development of the game. However, when it comes to the modes, these things naturally take a long time to develop and I can not promise at the moment that possibility of playing duos/trios in the ranked mode will be activated any soon. See you in Prague! Hopefully, you are having a lot of fun there! 🙂
(Source)

We hope Bloodhunt developers listen to player feedback and add duos and trios to ranked in the coming days.

Rest assured, we will be keeping tabs on further developments and update this space as and when required so make sure you stay tuned to PiunikaWeb for more information.

10:42 am (IST): Bloodhunt support has confirmed that they are aware of this issue and working on a fix for the same. However, they did not provide any ETA for the fix.

05:35 pm (IST): Bloodhunt support has informed players that they will make some changes to the game modes to improve the matchmaking time.

Moreover, the changes will first be made in Trios mode for which they will temporarily disable it.

We will be doing some changes to our mode rotations to improve our matchmaking time, starting with Trios. Trios will be back at a later point and we will be sharing a schedule of how we aim to rotate the modes to improve matchmaking. This is a temporary solution. (Source)

04:32 pm (IST): Bloodhunt support on Twitter has confirmed that Trios is again back in the game modes rotation.

OK Bloodhunt Community, Trios is back! We also share some details on how we will be moving forward with the rotation of modes + Ranked mode with crossplay off for PS5 players this weekend! (Source) 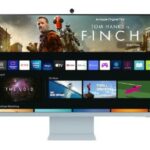