Launched in July last year, the Motorola Edge 20 is a mid-range device powered by the Qualcomm Snapdragon 778G 5G and runs on Android 11 out of the box.

It has a triple rear camera setup with a 108MP primary sensor, 8MP telephoto lens, and a 16MP ultrawide sensor. That said, Motorola recently updated the phone to Android 12. However, software issues such as the Android 12 update breaking 5G connectivity and some getting DF-DFERH-01 error on Google Play Store seem to be negatively affecting the overall user experience.

While Motorola developers are actively working on fixing these problems, Edge 20 users are now complaining that their mic or speaker is not working after the Android 12 update.

Many say the problem is making it impossible for them to receive or make phone calls. Some have tried force-stopping the phone app, clearing data, and resetting their devices but nothing seems to help.

Below are some reports from Motorola Edge 20 users who say the speaker or mic is not working after they updated to Android 12.

When I make calls, I can hear the phone ringing and when receiving calls, I can hear the ringtone from the speaker. I’m unable to hear what the other person is saying though when I accept a call. Neither is the mic working. I’ve tested this using another phone and to the other person, there is no audio output from my side. This has been happening since I updated to Android 12. When I restart the phone, I can make and receive calls normally but after a while, I start facing this issue again.
(Source)

It looks like other devices are likely affected by the same issue.

My moto razr 5g model is having a strange problem. Calls in speaker mode dont relay my voice to the caller in normal calls thru phone or calls from WhatsApp. I tried checking with video recording mode and the voice/ sounds get captured accurately but not during calls. Had reset my phone to factory setting but it didnt help.
(Source)

Thankfully, a Senior Moto Agent shed some light on the matter and said the issue is currently under investigation. But there is no ETA on when it will be resolved.

I understand how inconvenient this is and I’m truly sorry this is taking so long. The reported issues after the Android 12 update were already escalated to the proper team and they actively investigating these issues. As soon as we have any information at all that we can share with you, we will definitely do that. Again, we apologize for the amount of time this is taking. However, these types of escalations don’t always move along quickly. We’ll do our best to keep on it.
(Source)

We hope they release an update that fixes the problem at the earliest. As always, we will be keeping track of further developments and update this space when we come across new information so stay tuned. 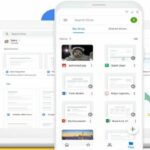