Announced at the E3 2019, Roller Champions has been under development for almost three years. The 3v3 skating game is similar to Rocket League.

Launched on May 25 this year, the game was well-received by both players and critics alike. But despite Ubisoft taking so long, Roller Champions players seem to be facing all sorts of technical bugs and glitches. 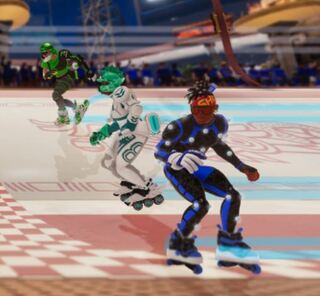 While some are unable to find any matches due to long matchmaking queues, others are getting paired with 1 or no teammates when playing ranked.

That said, Roller Champions players are now reporting another issue where Sponsor Contracts progress is not tracking as intended (1,2,3,4,5).

The problem seems to be affecting many since the game’s launch. Below are some reports from Roller Champions players affected by the Sponsor Contracts progress not tracking issue.

Sponsor contracts not counting goals and wins properly? Guys I already played too many games and scored a too many goals, but the sponsor contracts are not counting things for me somehow. I am playing only quick matches for now but why the hell isn’t it counting? I also dont have Roller pass. Something that I am missing? Any suggestions?
(Source)

Can someone explain how the contracts work for sponsors and all? I’m having a little trouble understanding what needs to specifically be done for these contracts. I have contracts from Umisan to simply play quick matches and all, but it only registers at 4/15 even though I have 8 completed quick matches out of 10 for the mode unlocks and all. Do you have to like wear specific clothing based off that sponsor or brand? Is it just not registering at times? Or is it something else?
(Source)

Fortunately, Ubisoft Support commented on the issue and said the developers are currently investigating it. However, there is no timeframe of when the patch will roll out.

Thank you for contacting Ubisoft Customer Support. We are aware of an issue with sponsor contracts not tracking correctly in Roller Champions. Some players have reported that restarting the game has allowed the progress to start tracking again. If you are still experiencing the issue after attempting this workaround, please know we are actively investigating the issue. In the meantime, we greatly appreciate your patience as we look into this issue and sincerely apologize for any inconvenience caused.
(Source)

As always, we will be keeping tabs on the issue and update this article when Ubisoft fixes it so stay tuned for more information. Lost Ark bug where 'item icons get stuck on cursor' escalated to developers, but no ETA for fix [Updated] Google Assistant 'Update the Google app to use your Assistant' error troubles many, issue escalated for investigation