05:23 pm (IST): one of the affected users who got in touch with Verizon support says the company is aware of the issue.

Verizon admitted that they have had many similar complaints all from iPhone 12 users. They suggested we update to the latest release but it did not correct the problem. It seems that they are not going to help further.

Another user has added that switching to LTE only did the trick for them. So you may try the workaround.

At this point I’m not sure who’s issue it is, but I would recommend switching your iPhone 12 to LTE only. That’s how I have mine and haven’t had any issues, waiting until I hear the issues are fixed before I start using 5G.

08:48 am (IST): If you were wondering why you weren’t able to make phone calls earlier today via a phone on the Verizon network, then you might find some solace in the fact that you weren’t the only one.

Verizon support confirmed that many customers weren’t able to make phone calls earlier today, however, the underlying issue was addressed. More on that here.

12:58 pm (IST): Although Verizon says that the issue with call failure has been fixed, users are still reporting it. And now support is asking those affected to send them DMs to get it resolved. 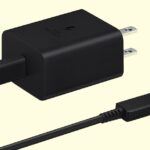