Developed by EA Tiburon and published by EA Sports, Madden 22 is the latest installment in the celebrated decades-old franchise.

Based on the National Football League, players praised the game for improving the Franchise mode but received backlash because of various technical glitches that surfaced soon after its launch. While EA is working hard to resolve most of these issues, bugs such as Sugar Rush daily objectives not tracking and Community File error on PS4 and PS5 are still ruining the gameplay experience for many.

And as if this wasn’t troubling enough, Madden 22 players are now reporting (1,2,3,4,5) that they are not receiving level up rewards. Many are frustrated and wondering if and when they will receive the associated rewards.

With some reports dating back to September, it looks like the problem was fixed earlier but has surfaced once again.

Some say they tried restarting the game and waiting for a couple of days to see if the rewards popped up but to no avail. Here are a few reports from Madden 22 players who did not receive their level up rewards.

@EASPORTS_MUT why is team affinity mission challenges not counting our progress today? I’ve played 20 challenges and 2solo games and nothing is being updated! Why? Not to mention again the MUT level up isn’t giving Season 3 rewards for leveling up I’ve already sent I video
(Source)

Thankfully, EA has commented on the matter and said they are aware of the issue where some Madden 22 players are not receiving level up rewards.

They are also asking players to share their Gamertag, the platform they are playing on, and the missing MUT Level Reward.

Hey, MUT fans. We’ll flag down the reports here to the team. Need some help on your end with information though. Can you reply back here with these details?
Gamertag/PSN ID/Origin ID
Platform you play on (Series X, PS5, PS4, etc)
What MUT Level Reward are you missing?
Thank you!
(Source)

If you are also affected by the issue, make sure you share the aforementioned information by commenting on this thread.

We hope EA soon finds out what is causing the problem and compensate players accordingly. As always, we will be updating this article when the issue is resolved so make sure you keep checking this space for more information.

05:41 pm (IST): A community manager in the EA community has confirmed that this issue is now resolved.

Hey, MUT fans. Received word this should now be fixed. You’ll need to complete a task to gain XP which should trigger the rewards to go through for you. Thanks for posting this on the forums. If you run into any other issues let us know! (Source) 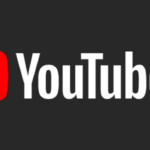