The HBO Max app for tvOS recently bagged an update but it seems that it did more harm to Apple TV users than good.

This simply because Apple TV users have been complaining about multiple issues with HBO Max after the latest app update.

Also, Apple TV users are unable to skip intro or jump to the next episode while watching a series after the latest app update.

@HBOMaxHelp I suddenly can’t +\- 15 seconds, control captions, skip intro or jump to next episode on your Apple TV app with an original model remote. Did you redesign the app to require the new remote for these functions?
Source

However, the said issues have now been acknowledged by HBO Max and they are working on a fix.

Apple TV users are even facing problems with captions as they are not working after the latest tvOS app update.

Some reports even indicate that the menu for languages, audio, and caption itself is not working.

@hbomax You just made a flawed App on @AppleTV even worse. No Siri. No pull down menu as before for Language, Captions and AUDIO: which is how I pair my AirPods!
Source

The video on demand service provider has even acknowledged this issue, while a fix is also being looked into for the same.

HBO Max unable to use Siri

Reports suggest that after the latest app update users are unable to use Siri commands to control HBO Max.

It appears that the latest app for tvOS has dropped support for the Apple TV player. This API change might be the reason behind the said issues.

While HBO Max has acknowledged many user reports, it might take the service provider sometime to fix them.

However, this is still based on our speculation as no ETA has been provided by HBO Max in the acknowledgements.

That said, we will keep tracking this and will report back as and when we have more details on the matter.

While support continues to say the team is working on fixing the issues, here’s a user shared workaround that may help:

If you have an iPhone and Apple TV, start the movie on your phone and airplay it to the Apple TV. It’ll match framerate, dynamic range, Atmos, and use the native player so the remote will work perfectly.

Andy Forssell (Builder @HBOMax) says an update was released offering some enhancements and more are on the way to address other issues. Here’s a recent statement were given by Andy:

@mgsiegler and crew, we’re on it. You’ll hear zero excuses from us. Build went out last night with improvements. More definitely needed and they are coming.

The latest status updates coming from Andy are:

no resumes being polished. But one whale of an effort to address this with app updates as soon as humanly possible. You’ll hear no excuses from us . . . fixes coming.

The team is on it, fixes coming to address these issues. No excuses from us. More to come soon.

Responding to yet another complaint, HBO Max developer — Andry Forssell — has confirmed that fixes for various issues are coming in short order. Meanwhile, those who are experiencing problems are suggested to share their feedback with the team by heading here.

Recent reports from Twitter indicate that HBO Max has once again added support for the Apple TV native player which was dropped in the last update. Check out the complete coverage by heading here.

HBO Max has just confirmed that this issue afflicts more smart devices and not just the Apple TV. The company also adds that they’re working to resolve this issue.

05:16 pm (IST): Amid user reports over the app’s slow performance, a new HBO Max update is rolling out to Apple TV. You should probably download it since it brings new features, performance, and stability improvements. 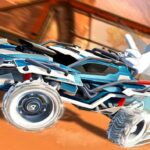