The Google Pixel series has some unique advantages over Android devices from other brands. One of the advantages is the feature drop updates.

A feature drop is an update that brings new features that are not included in the Android base code. The latest models (such as the Pixel 6 and 6 Pro) receive even more new features than their predecessors.

One of the most notable new features for the March update is Night Sight mode support for Snapchat on the Google Pixel 6 and 6 Pro.

However, even after the arrival of the March feature drop, Snapchat Night Sight mode is still missing for some Google Pixel 6 users (1, 2, 3, 4, 5).

It’s worth pointing out that, once again, the Pixel 6 and Pixel 6 Pro feature drop update experienced a delay like others before it.

That said, the update was expected to include Snapchat Night Sight on these devices. However, while some received the feature, it just disappeared shortly after.

I had the night mode feature on my 6 pro for like a day, it was amazing until it just disappeared. I contacted Google support and was eventually told the feature would come back with the March QPR update, however it is still missing! Why?! Does anyone else have the same issue or is it working for everyone else?
Source

Meanwhile, other Pixel 6 users didn’t even get the feature after the March update.

Updated to March security patch. Reinstalled pixel camera services update and night mode is still missing from Snapchat. What the hell?? Same for anyone else??
Source

Some Pixel 6 users received the feature before the March update

The Snapchat Night Sight mode might not be directly related to the March update. Apparently, the feature comes via an update to the ‘Pixel Camera Services’ app.

Some users got the Pixel Camera Services update even before the March update. This allowed them to try Night Sight mode early, though it later disappeared.

Yes. Even before the March update, you’ll get an update from the Google play store for an app called Pixel Camera Services

In Snapchat, it shows a little moon on the top right of the lighting conditions are low
Source

It was expected that after the arrival of the March update for the Google Pixel 6, the feature would be available to everyone from the beginning. However, this is not the case.

Some users suggest that the disappearance of the Snapchat Night Sight mode could be due to a recent Snapchat update. But, this has not yet been officially confirmed.

There is no official acknowledgment on the issue from Google yet. We will update this story as events unfold.

NOTE: You can also check the Google Pixel 6 bugs/issues tracker. 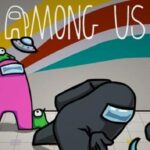 [Update: Mar. 30] Among Us not working on iPhone & other platforms, issue gets acknowledged