[Updated] Fortnite players on Xbox unable to move when pressing a button on the mouse, issue acknowledged

Fortnite is one of the most fun and complex Battle Royale titles of all time. Developed and published by Epic Games, it is built on Unreal Engine, the same engine that powers games like PUBG and Borderlands 3.

That being said, game developers started Chapter 3 Season 2 a few days ago. But ever since the start of the new season, many have complained about various issues such as the game crashing on PC, FPS drops due to DirectX 12, and unable to use Ziplines between wind turbines.

And now, Fortnite players on Xbox are saying (1,2,3,4,5) that they are unable to move when pressing any mouse button. The issue seems to have surfaced in the last few days and can be reproduced when switching weapons as well.

It is really a game-breaking issue since every second in the game can turn the tide of the battle. Many say that they are unable to play properly since their movement is getting interrupted every time they press a button.

Restarting the game, reconnecting the mouse, and reinstalling the game altogether are not helping with the problem. Here are some reports from Fortnite players on Xbox who are facing movement issues when pressing the mouse button.

Hello, I spoke to epic support about this bug and they asked if I could post a video in this subreddit so here it is. There’s a bug in the new fortnite season that doesn’t let people who play keyboard and mouse on xbox use the side buttons of the mouse. Everytime I press one of the side buttons, the character stops moving. I saw many people complaining about it on twitter and here.
(Source)

I have the same problem… I’ve tried everything from using new keyboards to resetting all of my Key-binds. Nothing has helped so far. It’s super annoying because I can’t edit without stoping in my tracks. Edit no.1 I am going to reset my mouse to default setting and then remap the side mouse button to see if that fixes it. Edit no.2 nothing fixed it I switched back to confirm edit on release and it helped but I still occasionally have the same problem
(Source)

Thankfully, it looks like Fortnite developers are aware of the issue where players are unable to move when pressing a mouse button and said that they are working on a fix. However, there is no ETA on when it will be fixed.

We hope the developers soon fix the problem so Xbox players can play Fortnite normally once again. As always, we will be keeping an eye out on the problem and update this space once it is fixed so make sure you stay tuned.

In the meantime, make sure you check out our dedicated Fortnite bug tracker to see similar issues affecting players worldwide.

11:20 pm (IST): According to Fortnite’s official Trello board, the issue where players are unable to move using mouse has been fixed. 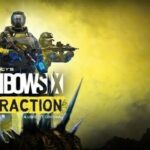